The docks, historically a lifeline for the Bridgwater economy, now lies dormant. A receptacle for the community’s burdensome clutter. This wreckage is brought back from the depths. The surface of the water gives the illusion of a materialised stage where they can be contemplated. Rusty, unable to recover their erstwhile functionality, they may be appreciated again. A formal, yet compelling, soundtrack originates from this aquatic world of metal. It is generated by samples from the artefacts played as instruments. The result resembles an industrial mix of Gamelan music and whales’ plaintive signals. Drums create a wave of vibrations, which resonates in the viewers’ bodies. The audience is captive, fascinated by this incongruous scene of suspended debris. 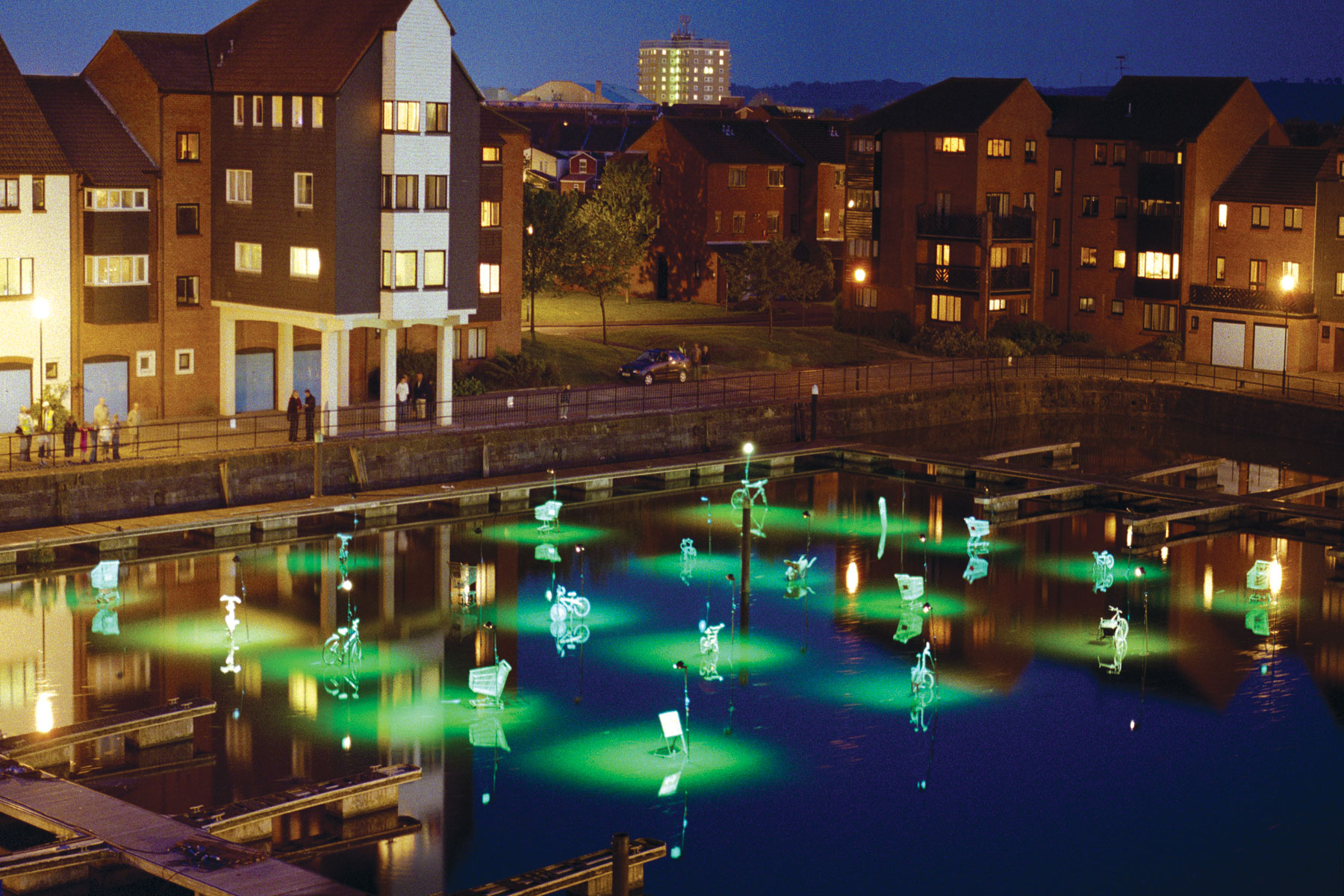 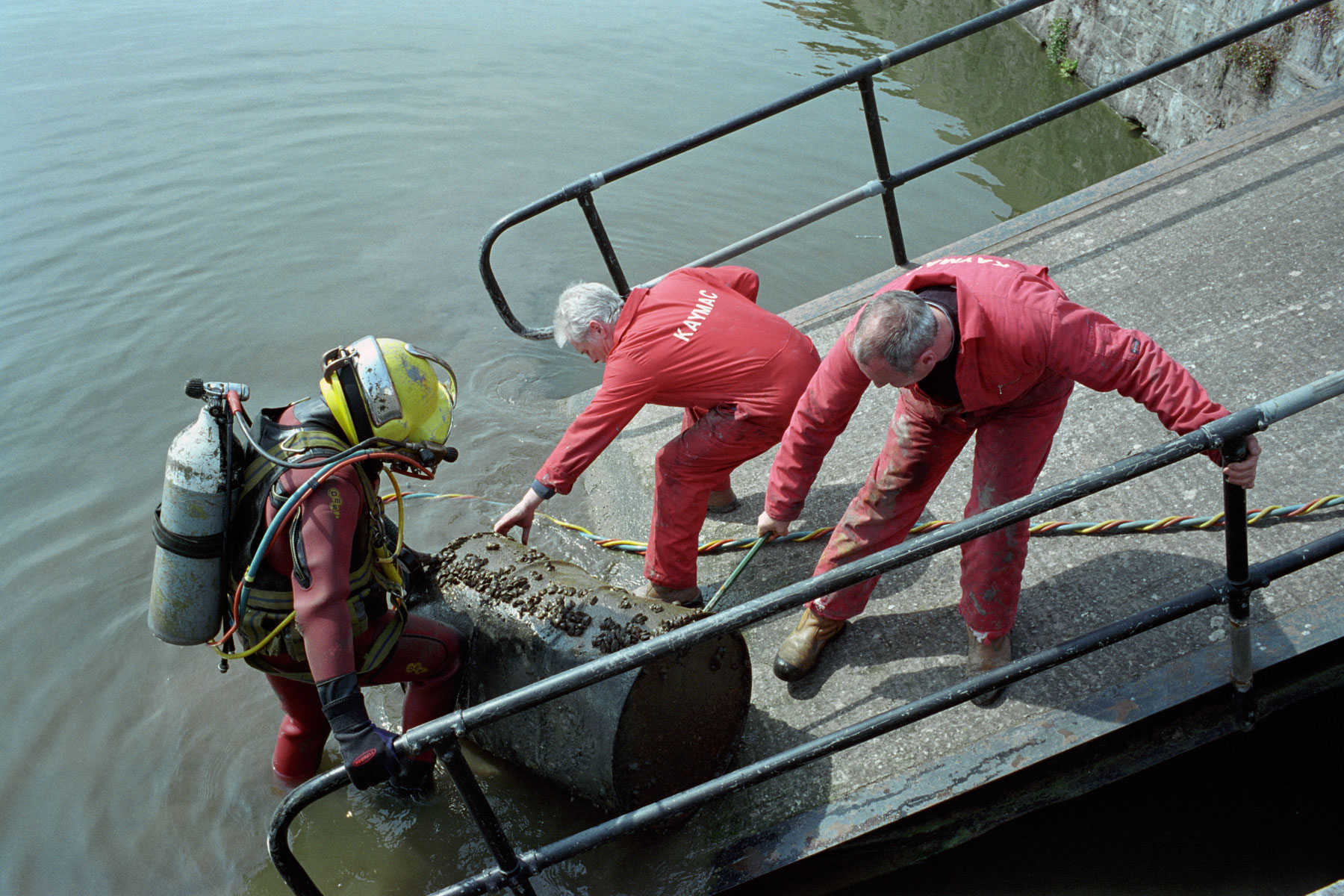 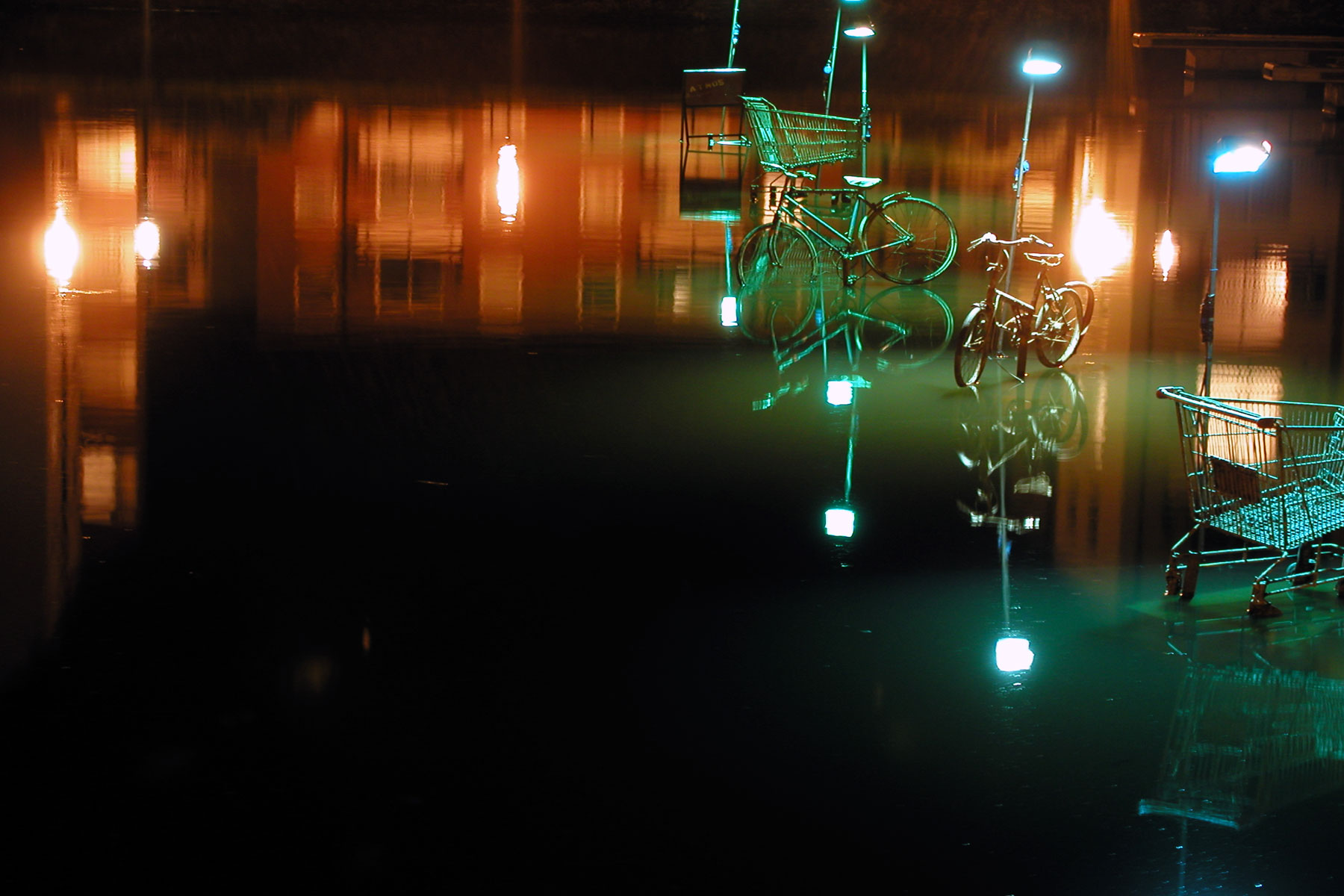 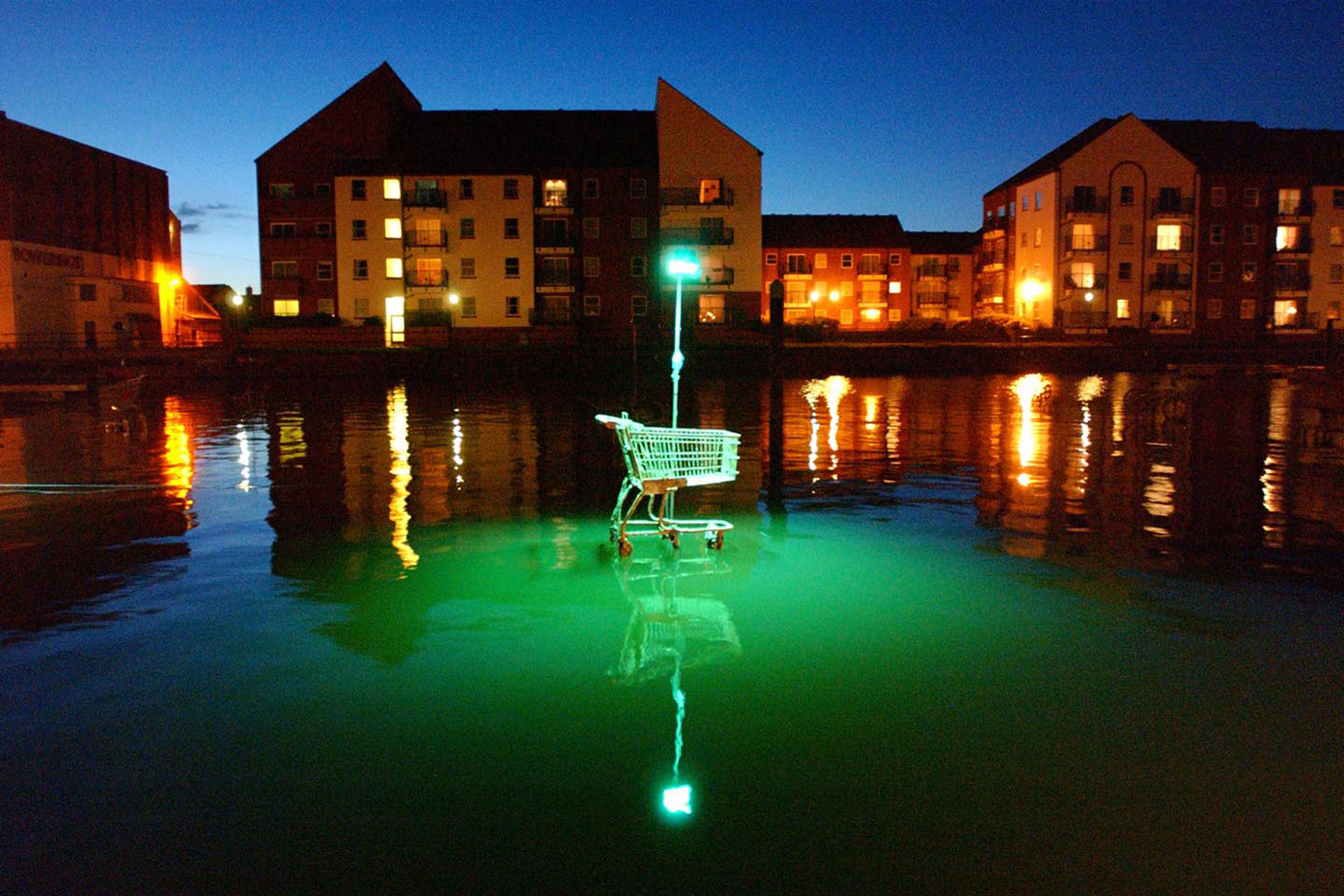