Recuperating in hospital gives time for people to explore alternative universes in their minds whilst their bodies are inactive. Elevation expands this notion allowing patients to see a hidden world. Portholes cutting through walls in the lift lobbies throughout this building reveal glimpses of activity. Elevation encourages the viewer to build a mental picture, mapping the individual elements of the artwork creating an alternative whole, existing in parallel to the tangible configuration of the building. Activities in the neighbouring park were filmed from the hospital’s roof. Animations were constructed from this ariel view, which unfold beguiling narratives. Rising through the building the scenarios shift from the seemingly naturalistic to the highly regimented, questioning the plausibility of the films, what is real and what is imagined. 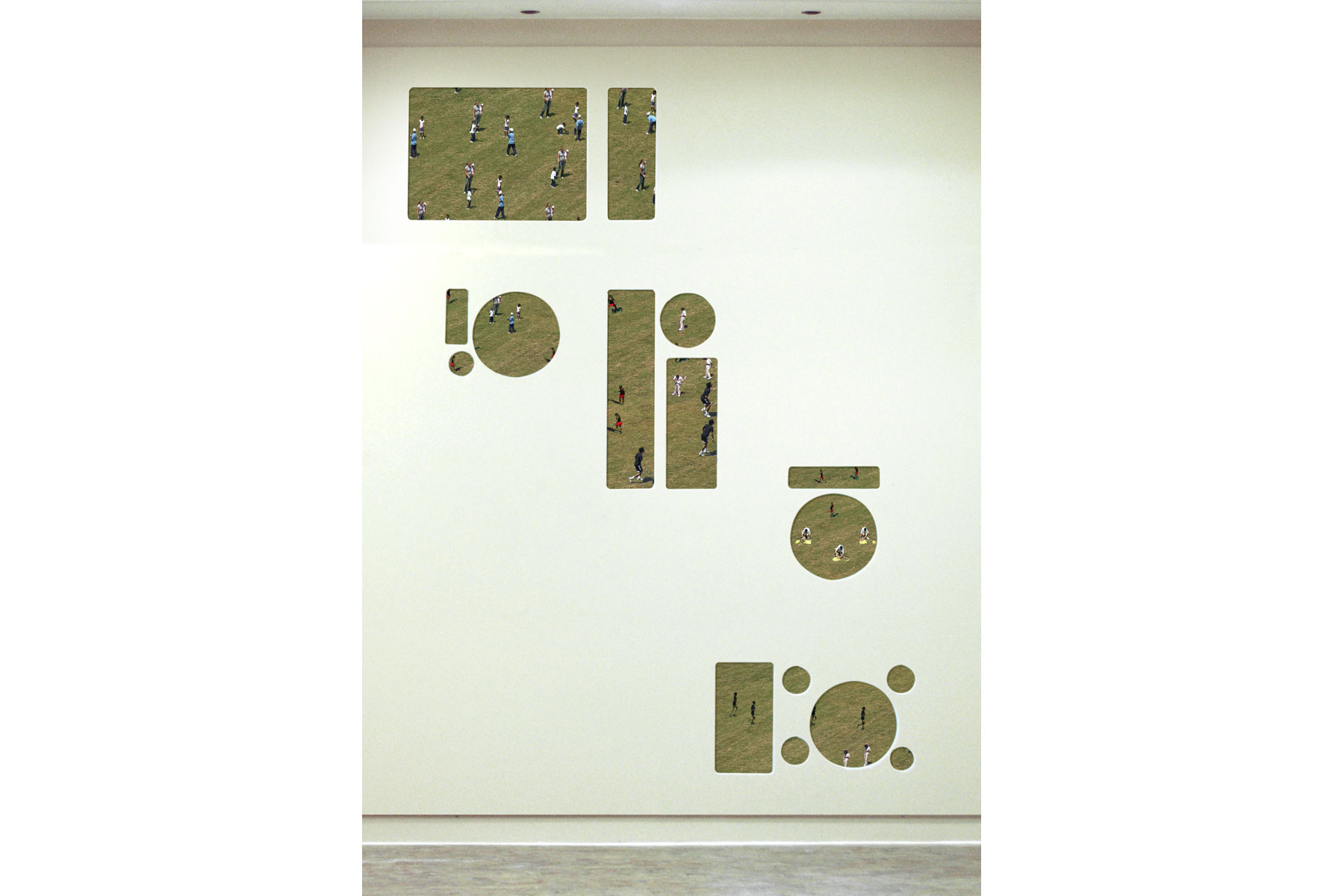 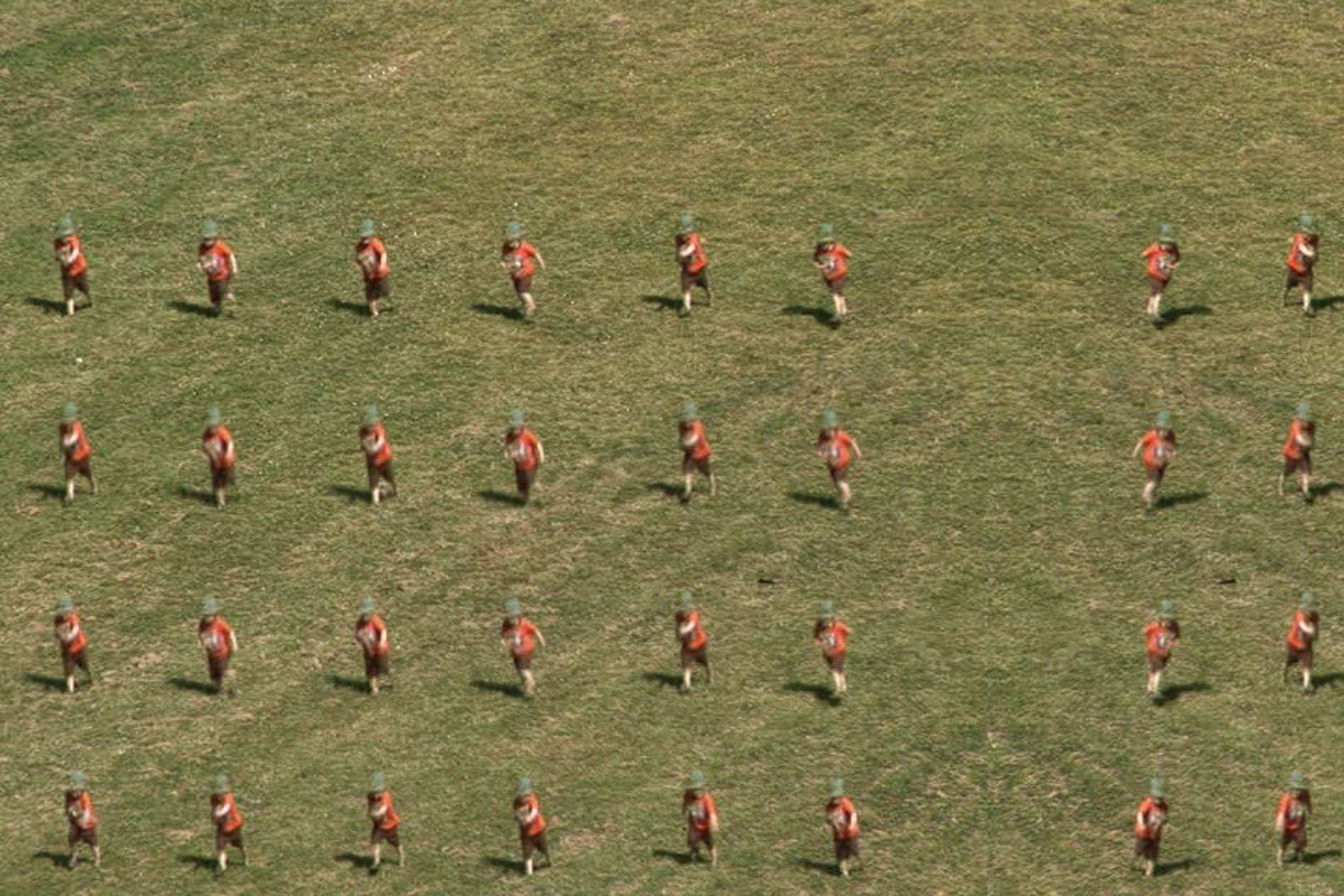 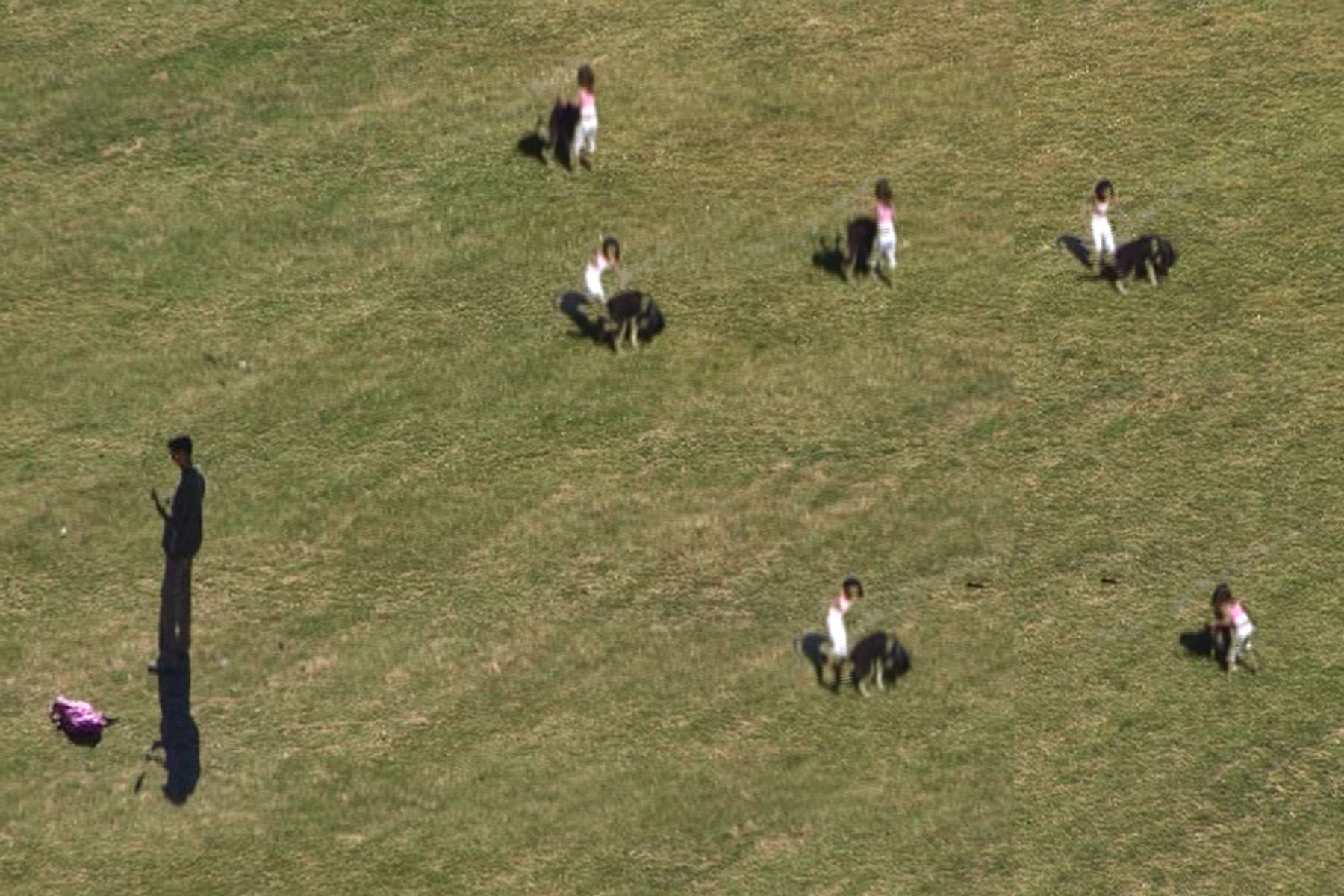 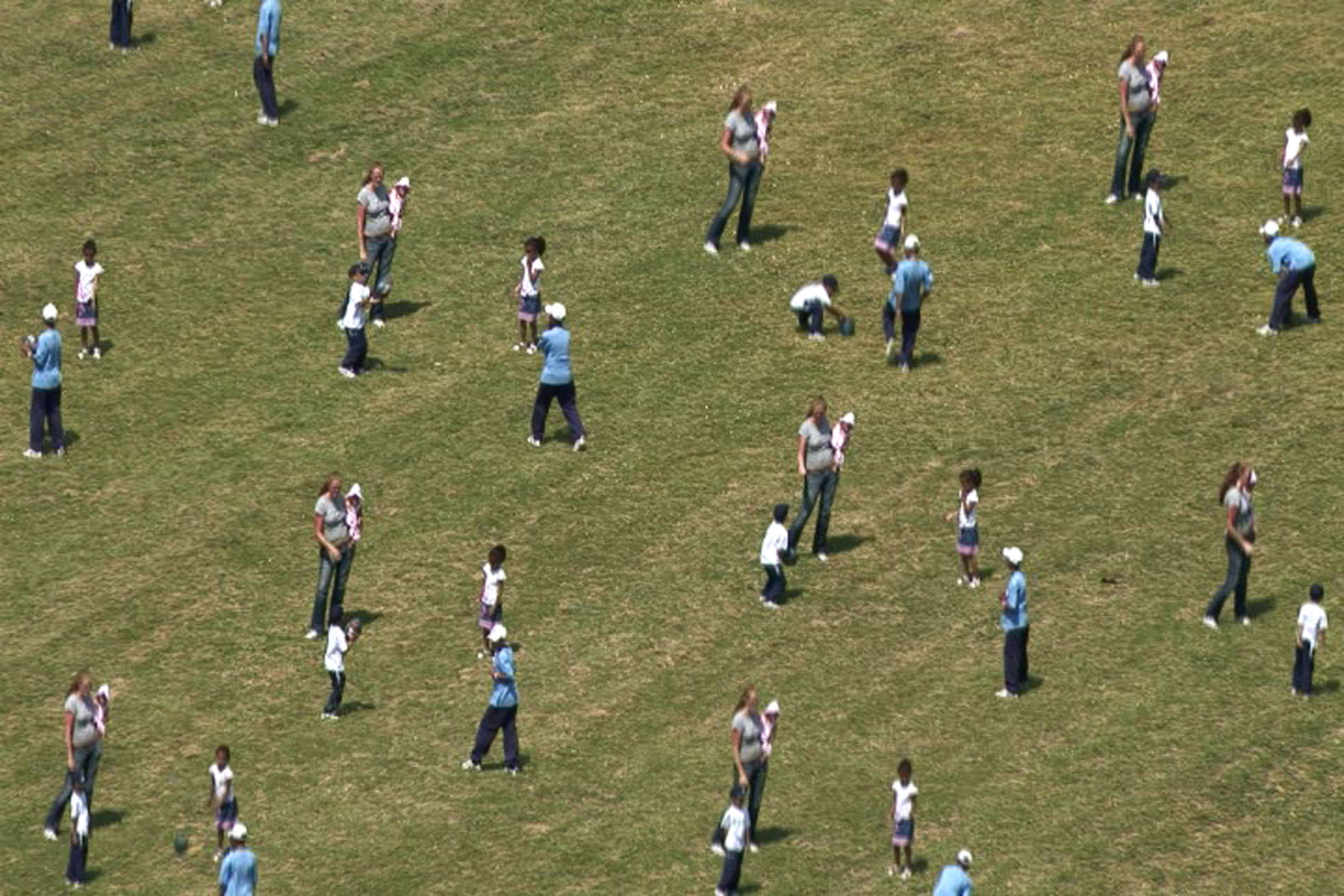