The school acts as a cross roads for the pupils where they share their lives, knowledge and experiences before parting again.

The grid that forms the basis of this artwork is constructed from a hundred of crosses, drawn by pupils. They were given little time to draw these crosses and had been given no warning of their task. Each cross became a grid reference of for a contentless map. The differences between the crosses distort the grid suggesting the typography of a territory. The foreground and the background of the image invert, shifting from a black grid on white, to white grid on black. As this shift occurs the grid and the squares merge until both converge into grey. Nothing in this image is stable; nothing is truly black and white.

Commissioned by Art and Sacred Spaces. 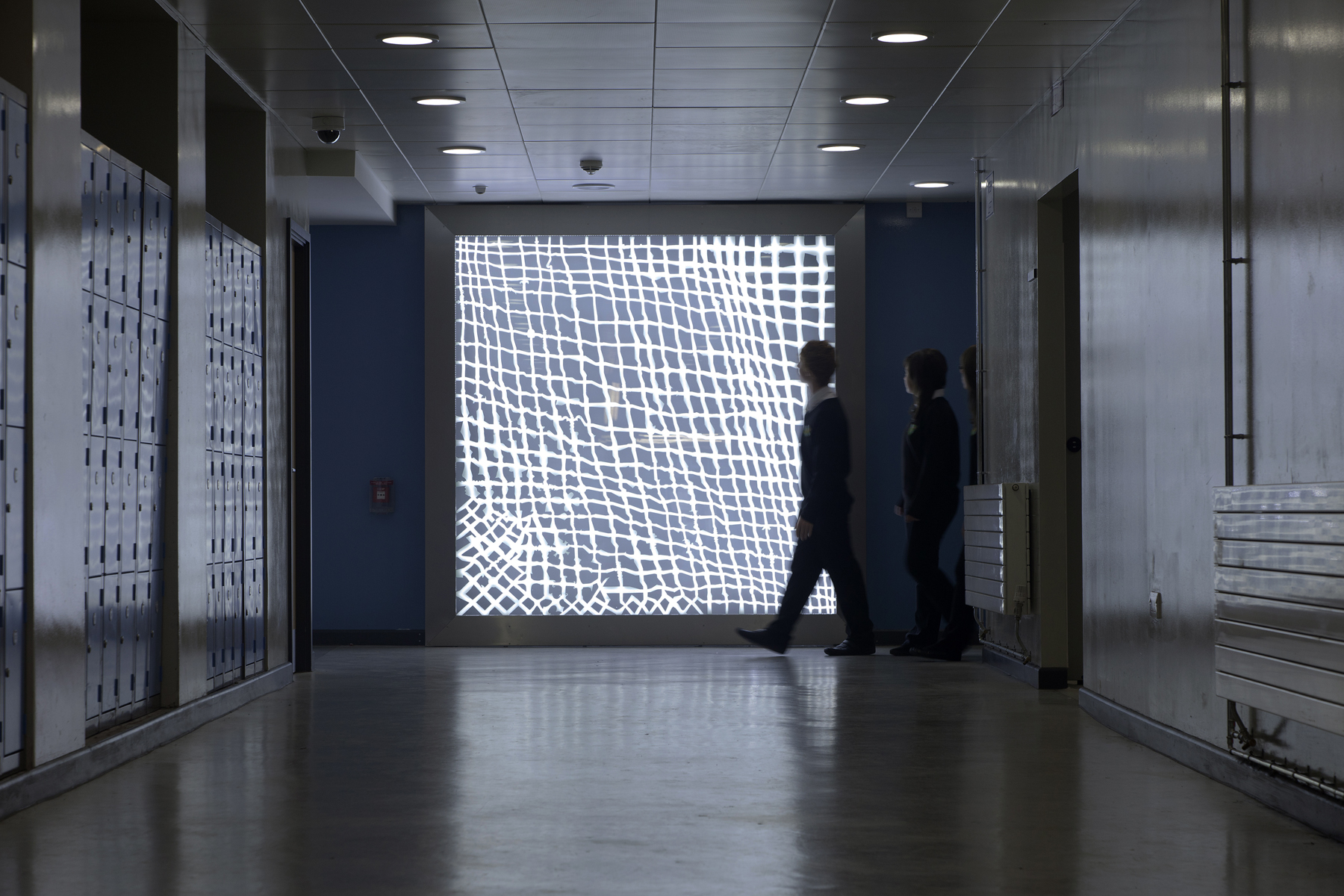 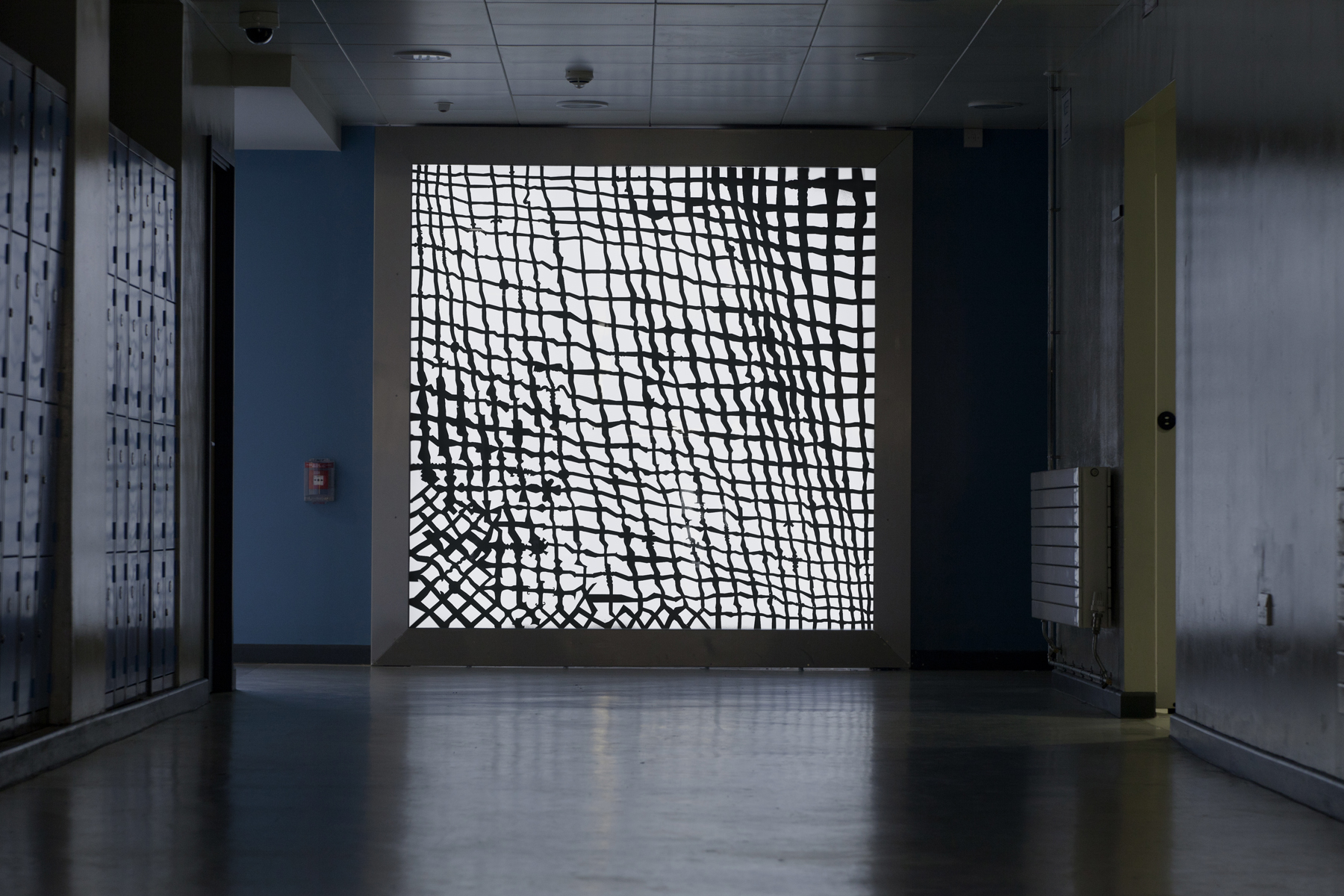 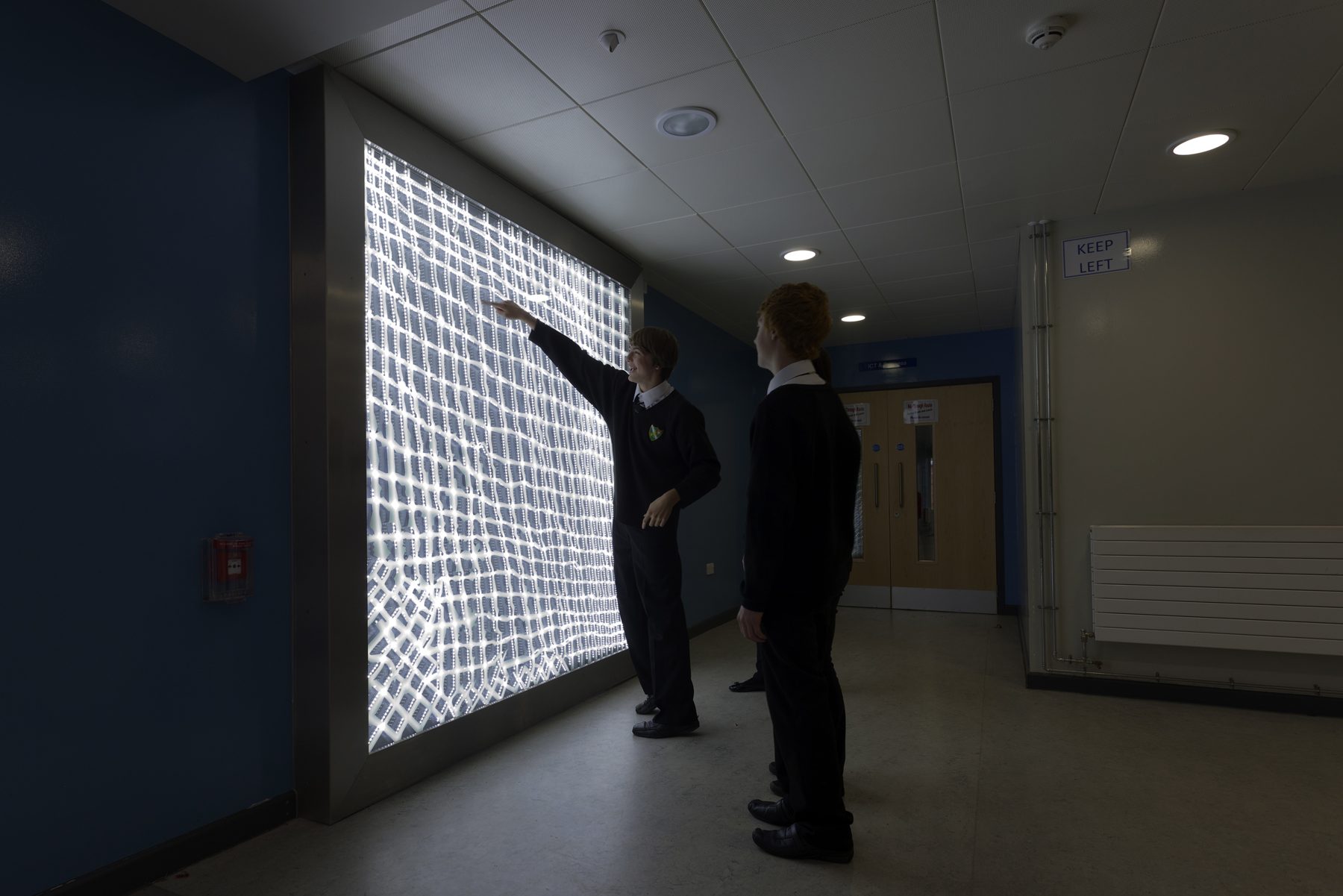 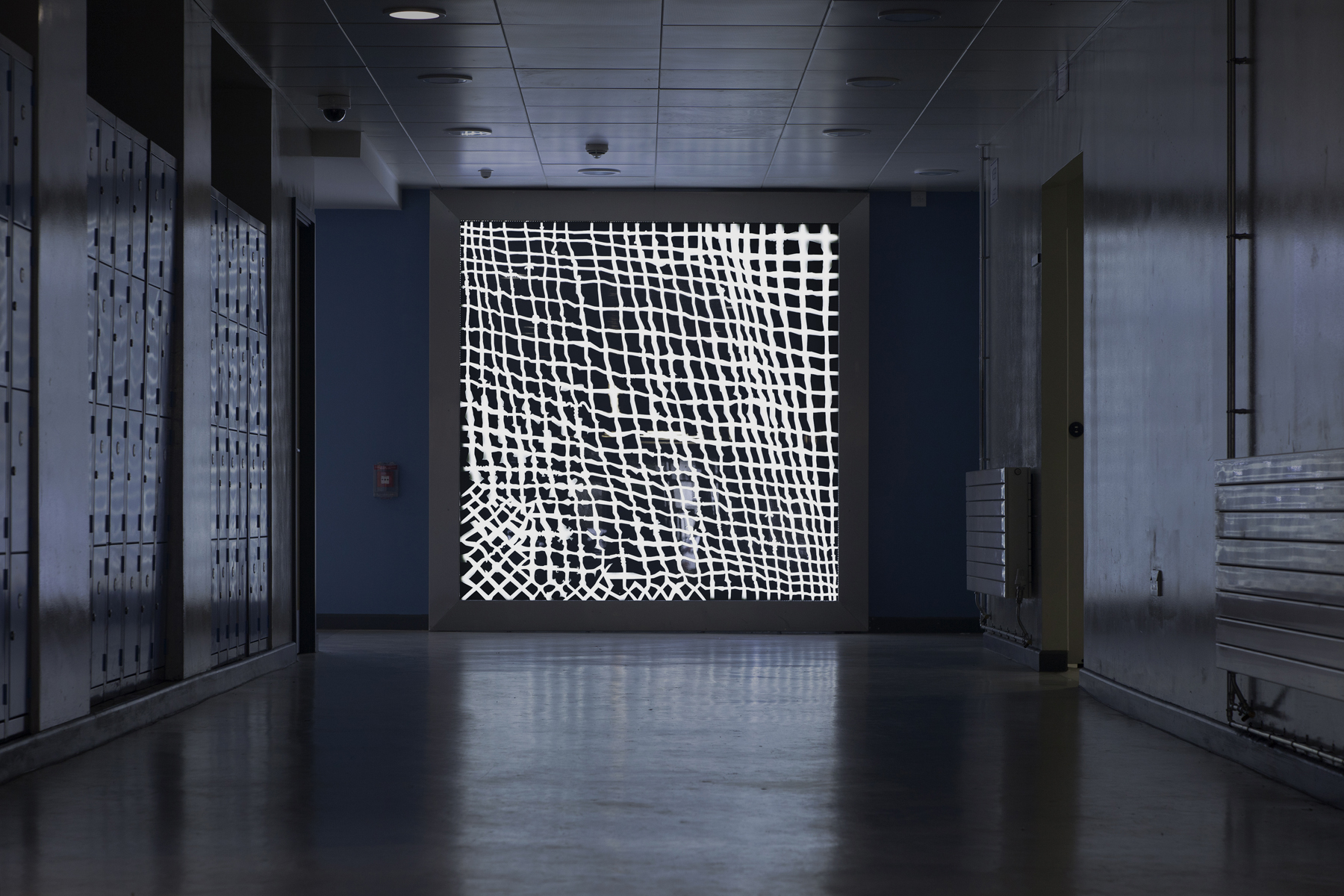