Behave, a programme of artist’s residencies, reflected on possible ways of being together and questioned the “order of things” in the specific context of the regeneration of a partially closed steel factory in Belval, Luxembourg. By isolating the words be and have, the title suggested that this emerging district oscillates between the material/industrial and the immaterial/intellectual world. 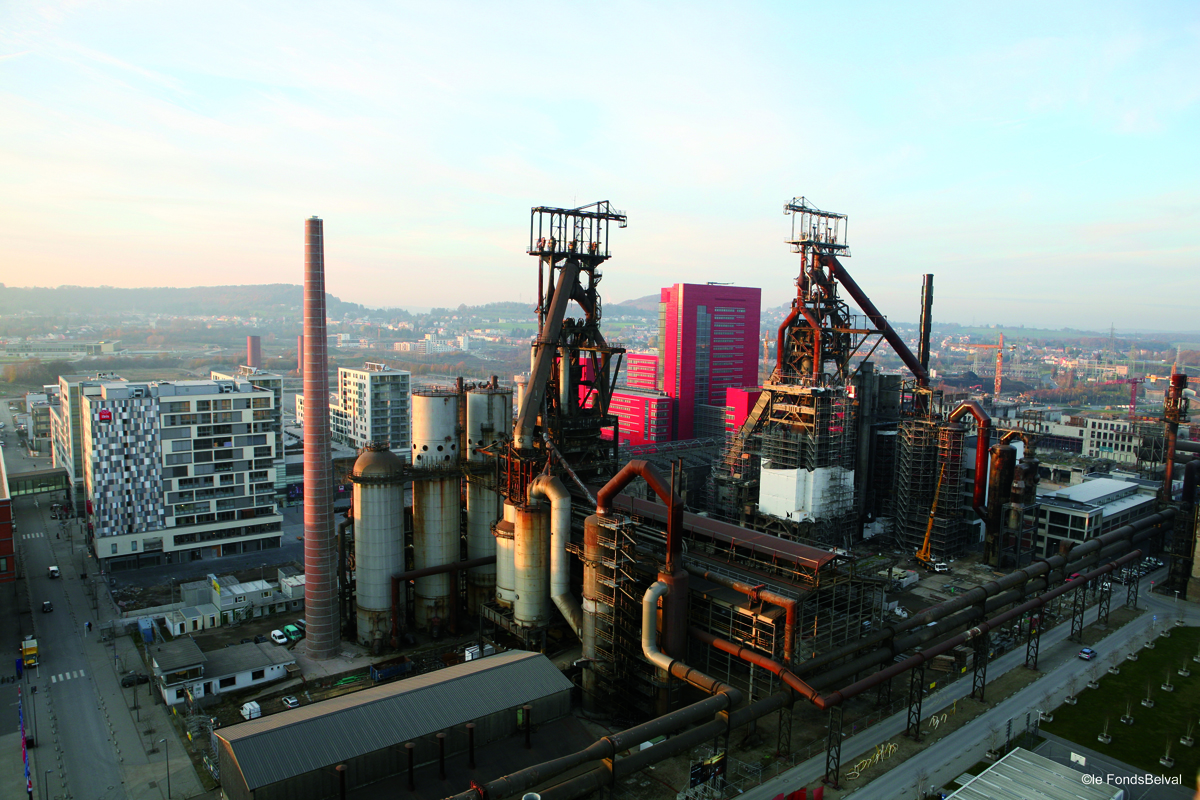 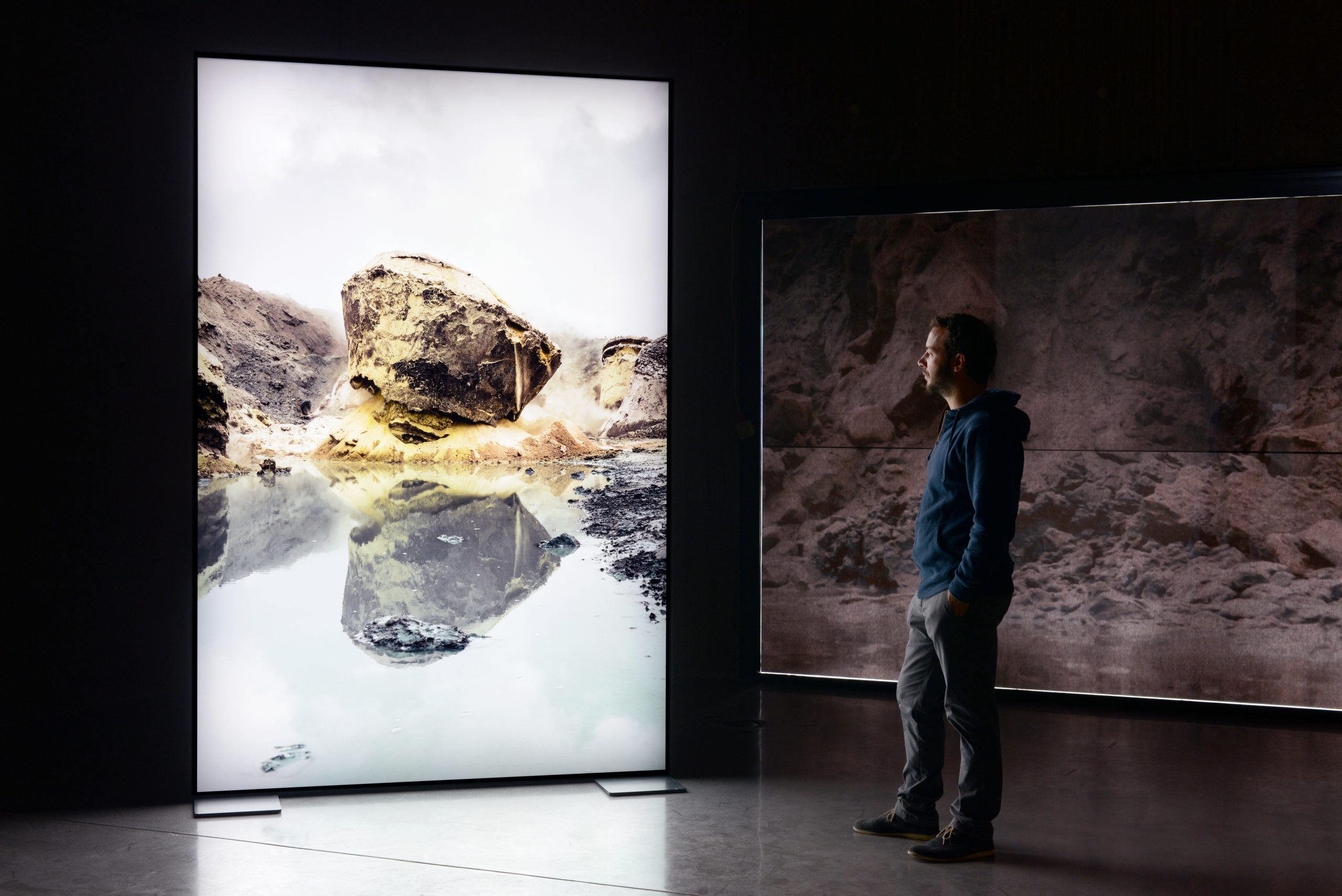 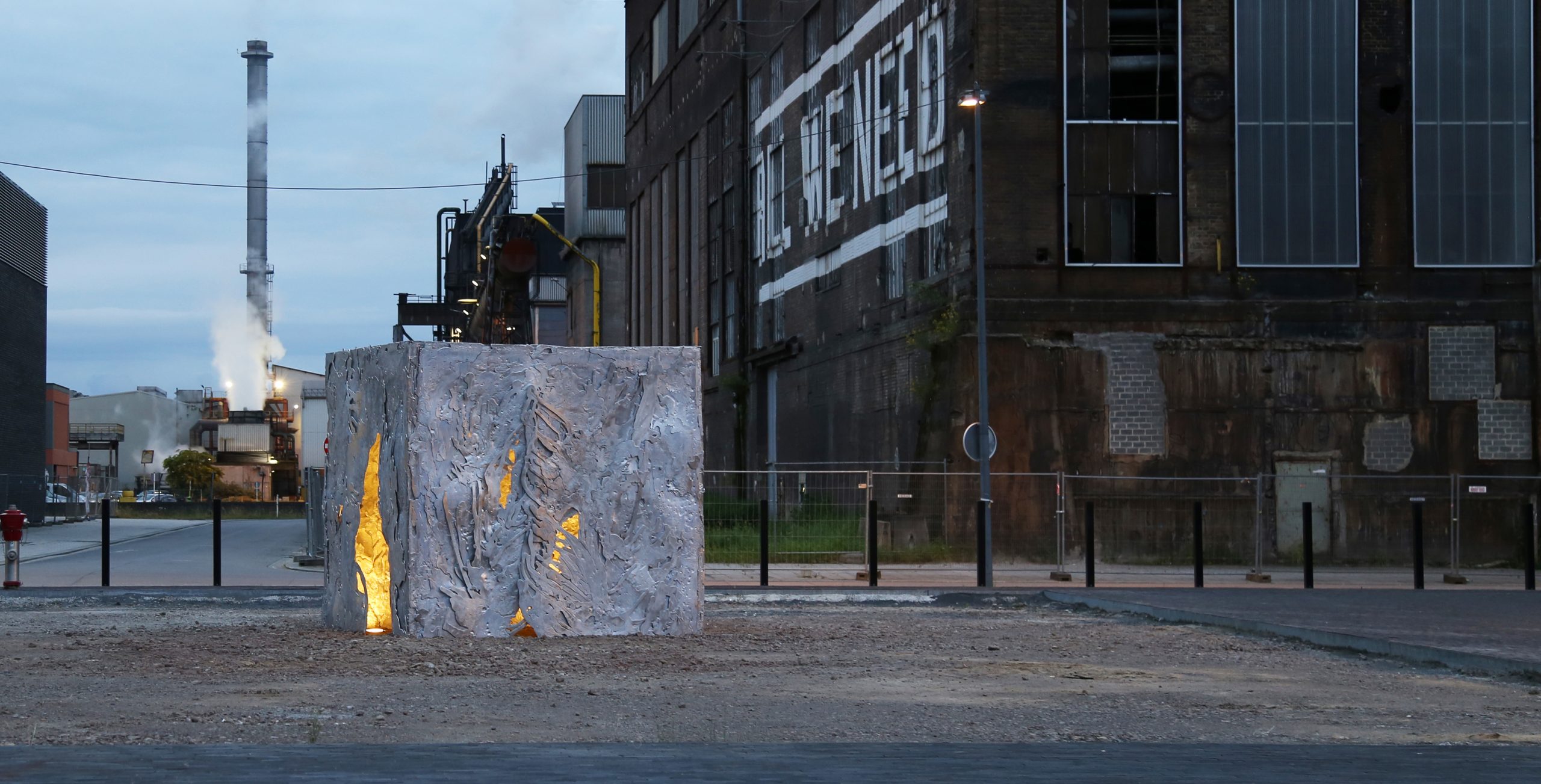 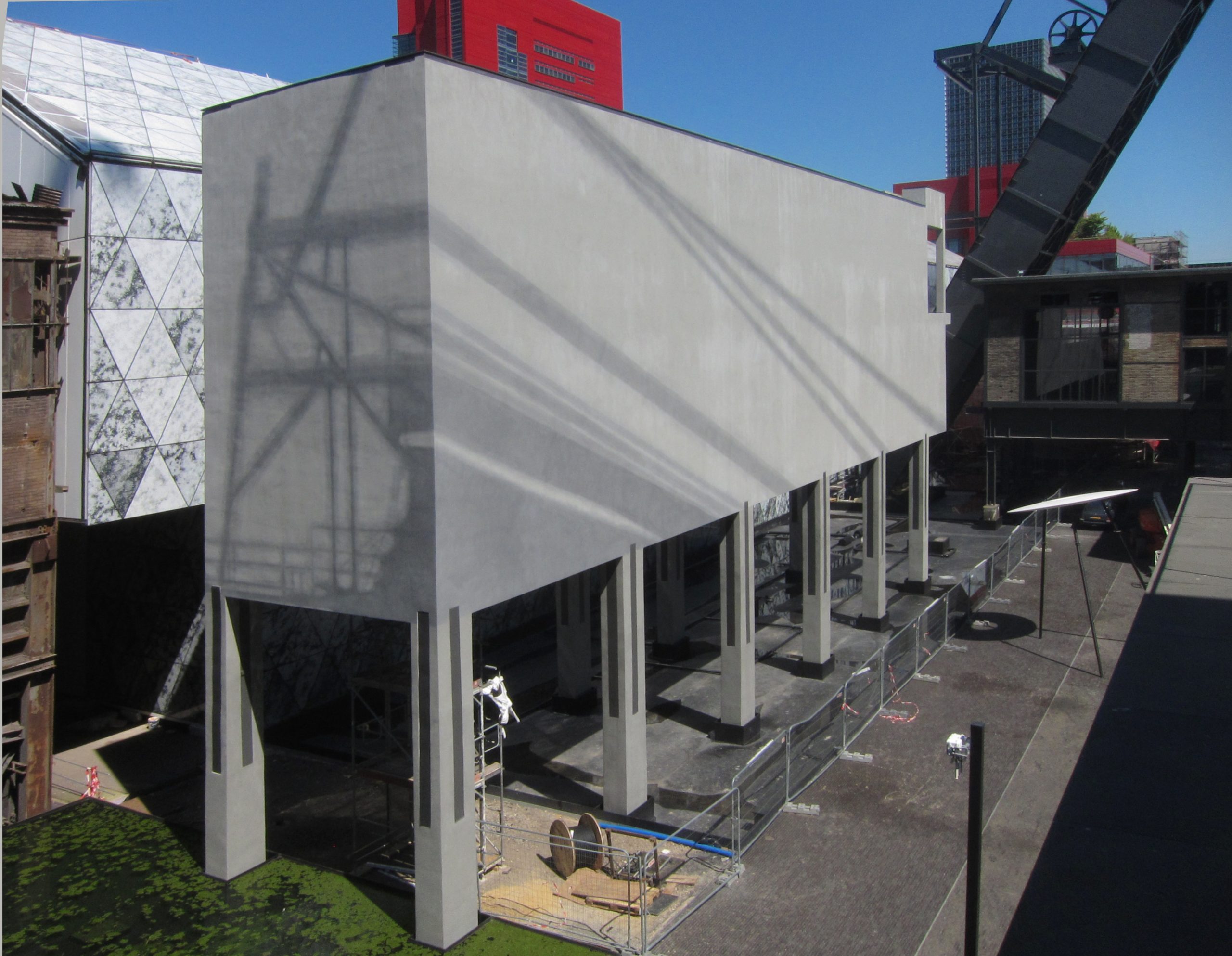 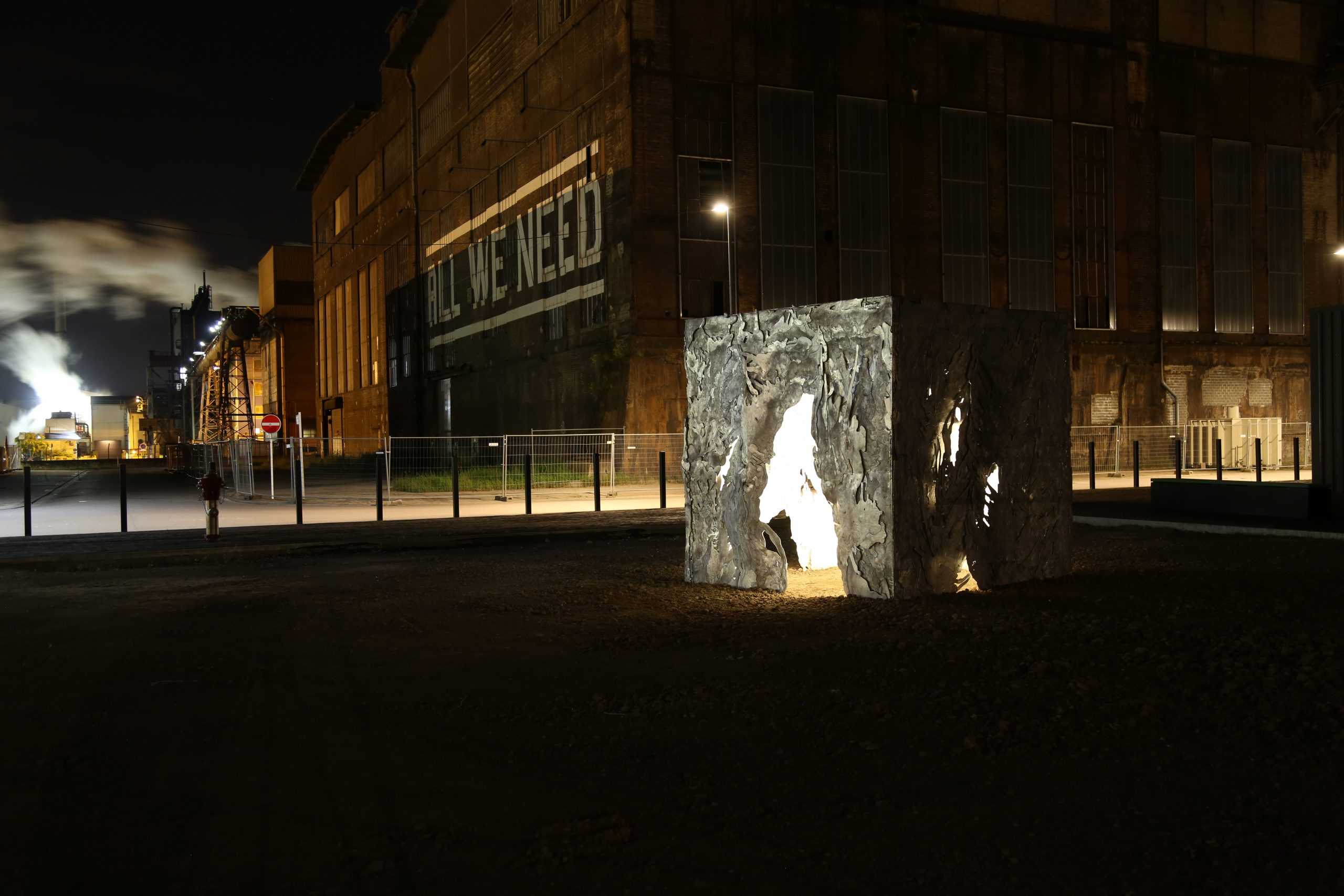 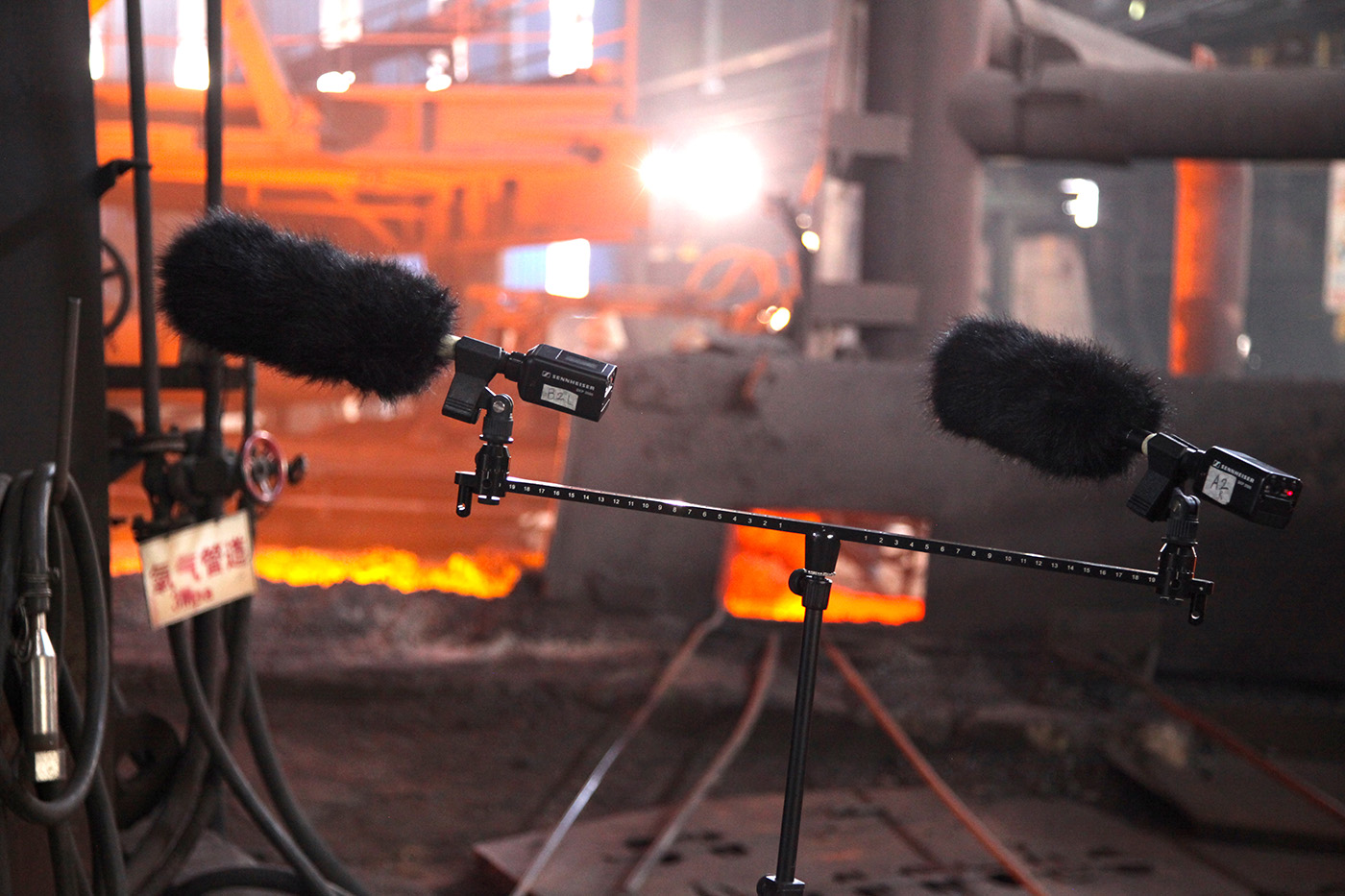 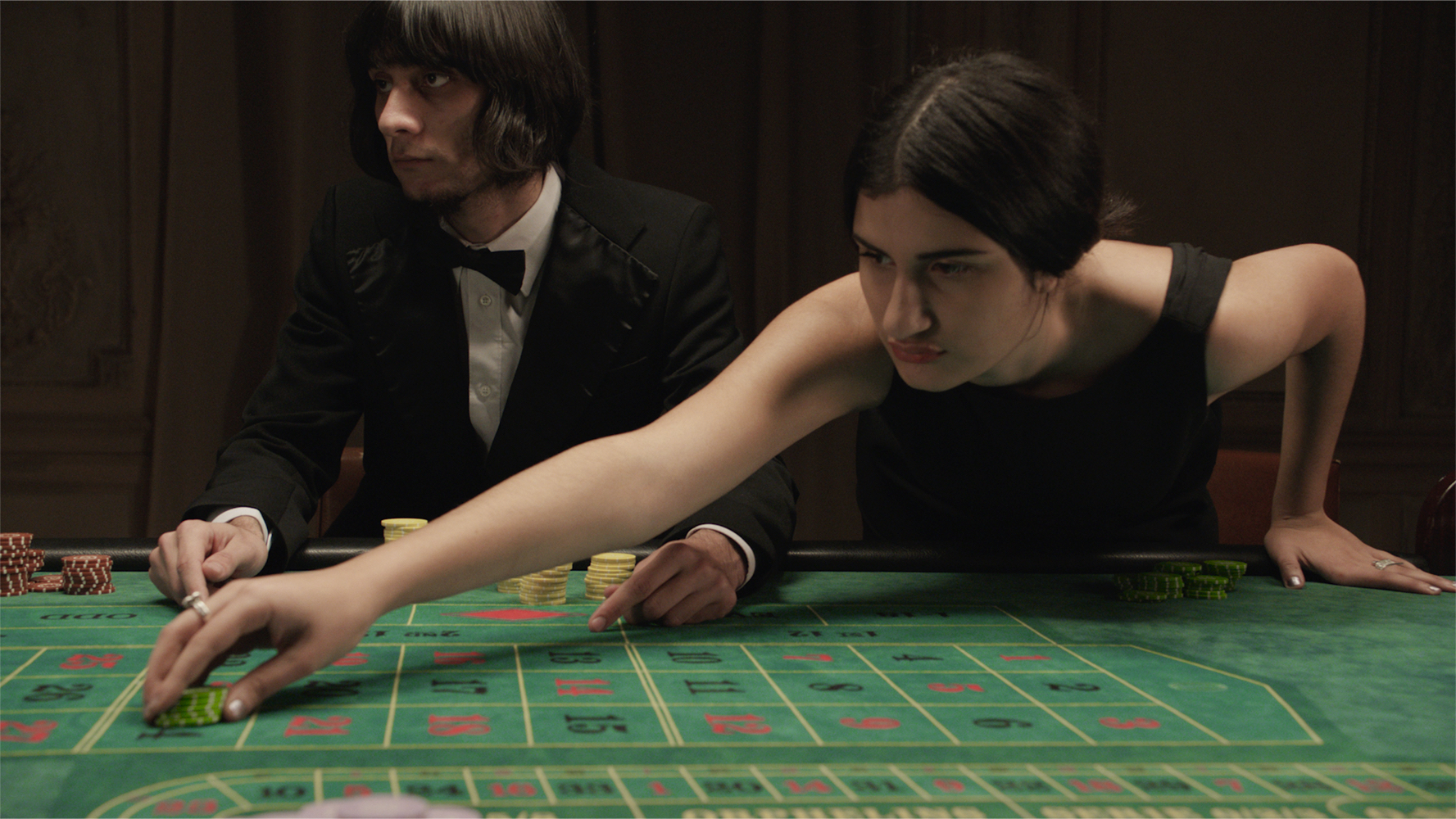 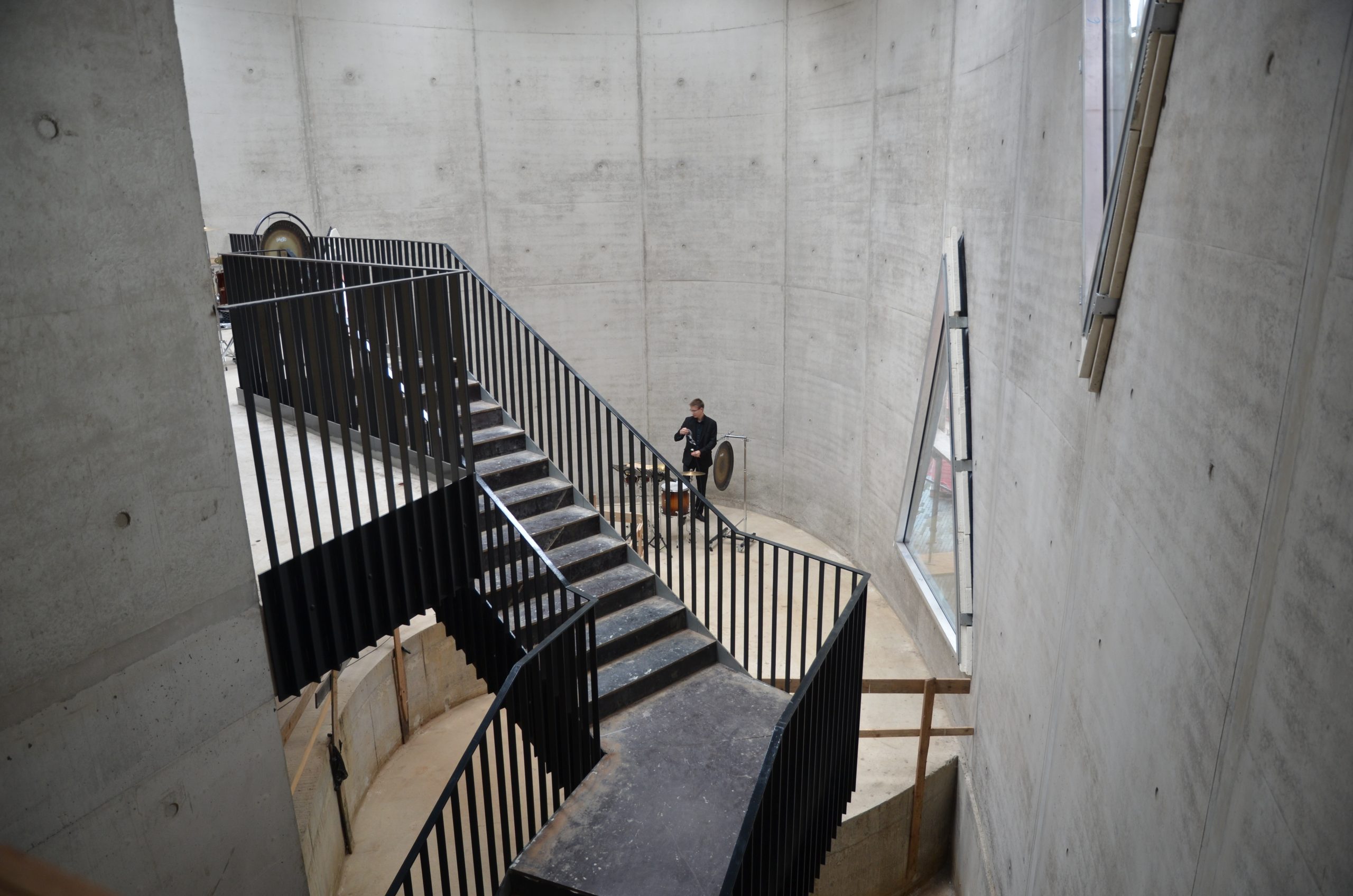 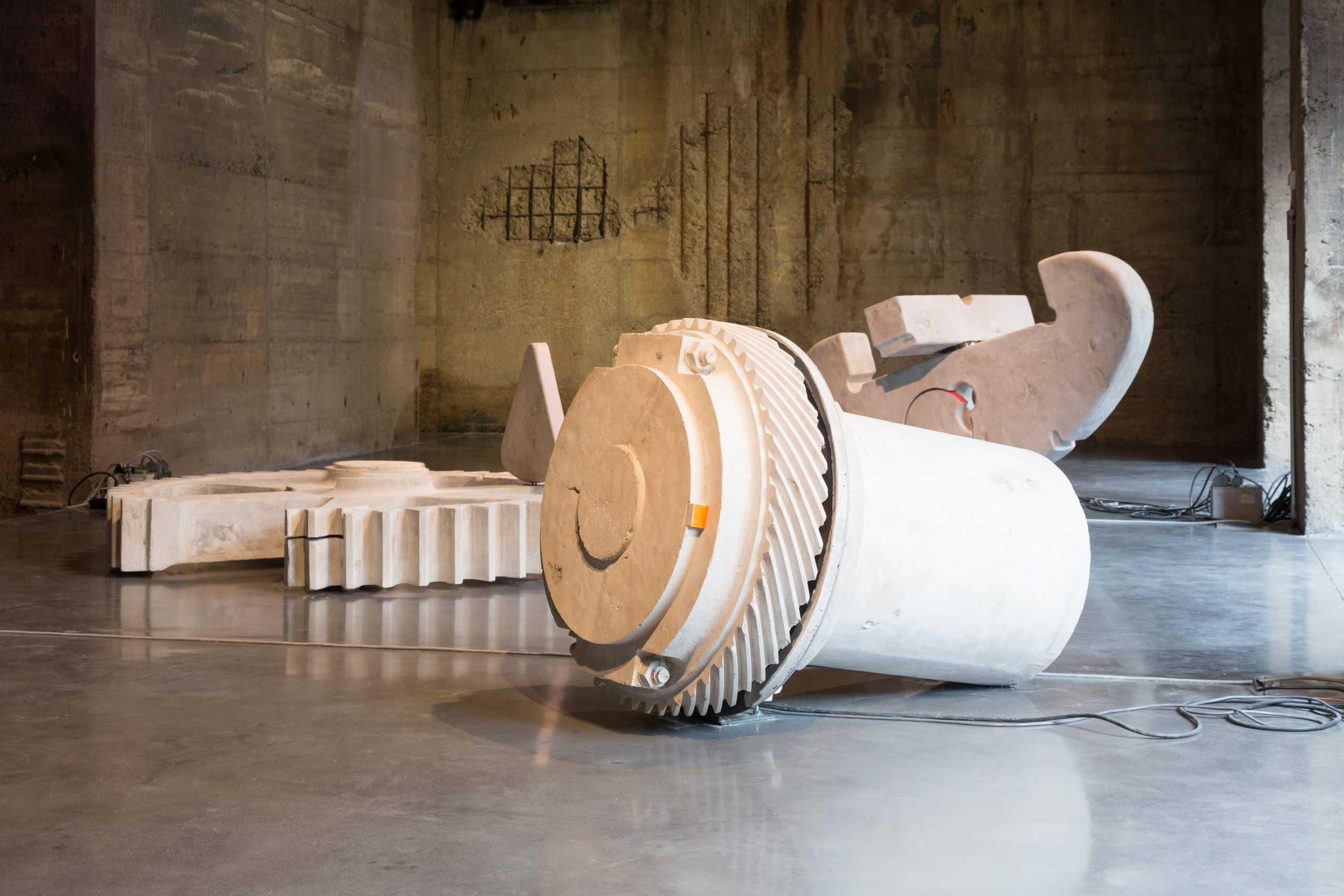 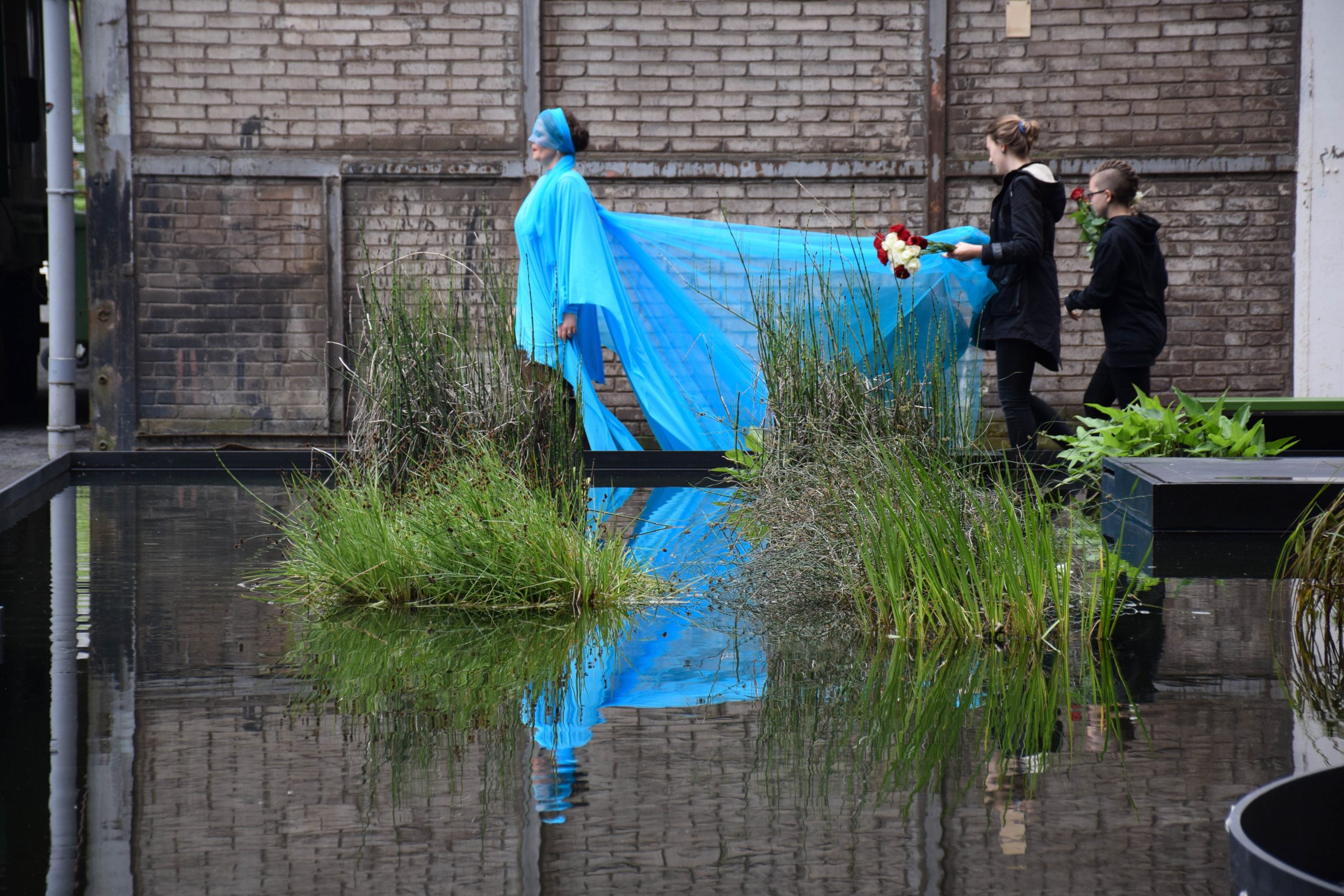 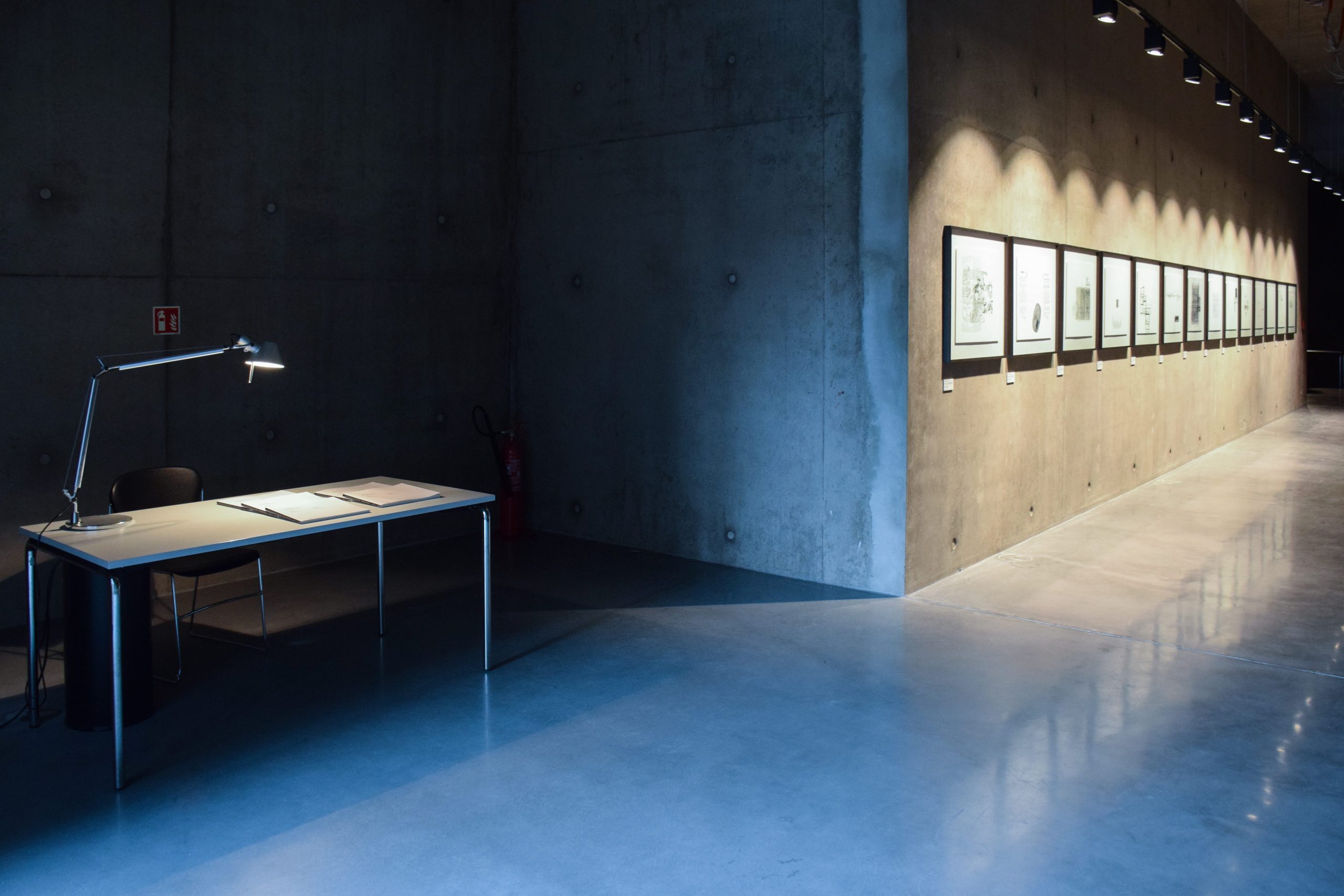 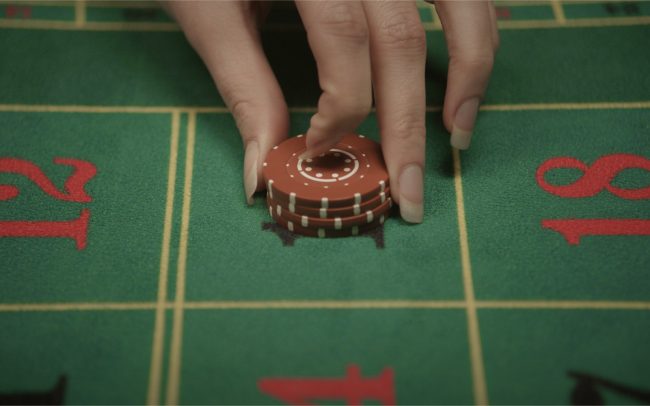 Shimon Attie worked closely for a three-month period with Syrian refugees living in Luxembourg to create a project filmed in a former casino. Unfolding as a series of slow moving tableaux around a roulette table, the film reflects on the extraordinary gambles migrants are forced to take in times of crisis.

Darya von Berner produced Yo_Land, an abbreviated version of Piotr Ilitch Tchaïkovski’s opera Iolanta, op. 69. Set as a promenade performance in and around the furnaces, this moralistic tale, about a blind princess who doesn’t know she is blind, interrogates the power structures which are at play in any ‘kingdom’ whether present in historical palaces or within new developments.

William Engelen created site-specific compositions for music ensembles to play across the Belval site. Using his own particular form of visual graphic notation, the scores, which resemble architectural master-plans, enable the musicians to navigate their own routes through the compositions.

Martine Feipel & Jean Bechameil constructed kinetic sculptures cast from industrial relics which they discovered in and around Belval. Reminisent of Oskar Schlemmer’s Triadic Ballet, each assemblage, formed from fragments of enormous cogs and wheels, move and interact with each other.

Alessandro de Francesco interviewed people living and working in Belval and explored archive material to form the basis of a new publication called Three Poetic Engines, and created a series of large-scale prints and a sound installation within one of the redundant furnaces.

Neville Gabie travelled to China to sonically document one of Belval’s furnaces which was dismantled and sold to a Chinese company in the nineties. With the recordings of the furnace and its surroundings he has created a sound installation within the concrete vestiges of the furnace in Belval.

Jan Kopp meticulously replicated the shadows cast from one of the furnaces on to an immense silo sited within the steelworks. The painted shadows interact with the actual shadows, coming into perfect alignment twice a year.

Giuseppe Licari collected slag stones from local quarries and displayed has them as a planetary installation of precious gems. Throughout this process of Anthropocene archeology, he photographically documented the sites and scientifically analysed the soil to create a series of ambiguously sublime images.

David Rickard created a public sculpture with aluminum collected from local communities in Belval, who in turn became shareholders in the work. In the future, the sculpture will re-melted and cast into a series of small objects for redistribution back to the local shareholders.

Belval in south-western Luxembourg is the site of a large steelworks which closed in 1997. The area is now being redeveloped by Fonds Belval turning the brownfield site into a large scientific and cultural centre, including the science faculty of the University of Luxembourg. The former steelworks have been largely preserved whilst new buildings are being constructed in and around its industrial edifice. The Fonds Belval, the governmental institution responsible for the redevelopment of Belval, established a long-term cultural strategy called Public Art Experience which engages the public through a series of high profile artist’s residencies. Delcroix Pinsky were selected as the first artistic directors for this programme.

A substantial catalogue, documenting the artworks and the artist’s residencies, was published in September 2016.