Black Maria was a major new commission by the British artist Richard Wentworth working in collaboration with GRUPPE, an emerging Swiss architectural practice. For four weeks the Black Maria timber structure inhabited the remarkable atrium which joins the historic Granary Building with the new central Saint Martins College of Art and Design.

Named after Edison’s film studio, Black Maria turned the shed which captured the first moving images, into an auditorium in which passers-by were invited to develop their own uses and purposes. During the day, Black Maria acted a public space, into which one can freely walk, work and rest. At night, doors became screens, stairs doubled up as seats, as Black Maria turned into a space for discussions and screenings. 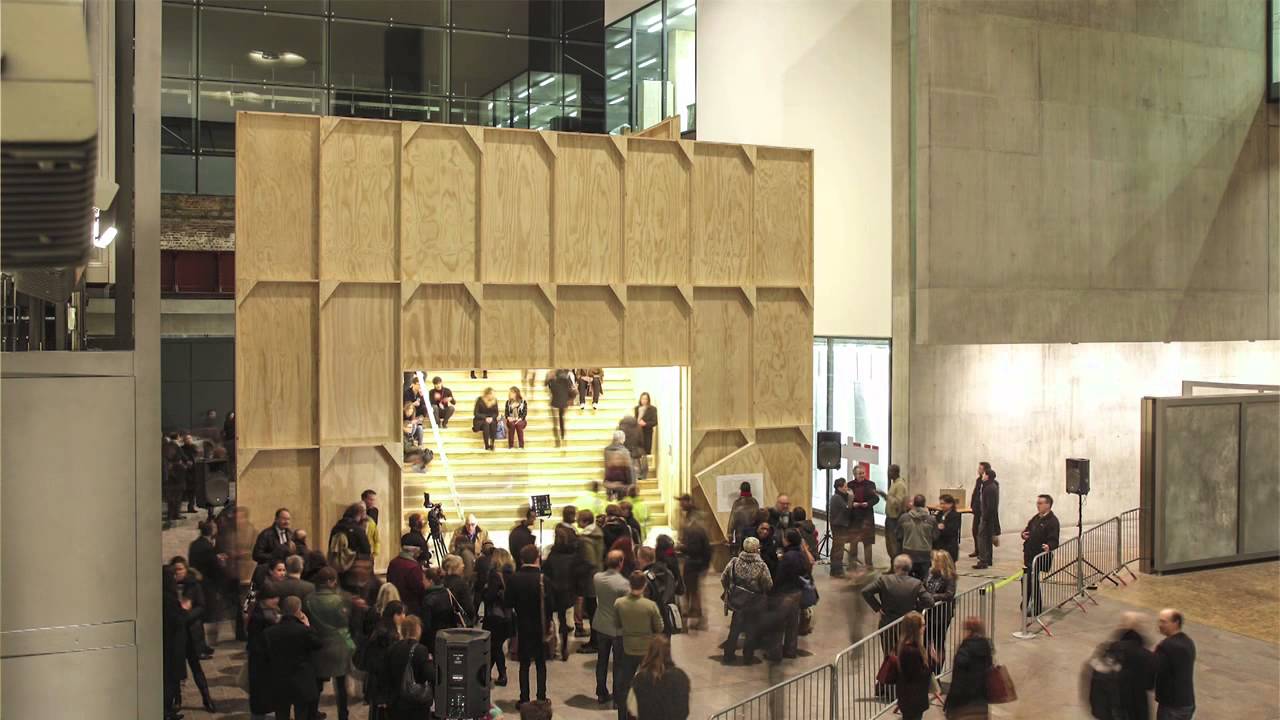