Macondo, on the outskirts of Vienna, is a settlement where successive waves of refugees fleeing global wars have reconstructed their lives for over 50 years. This autonomous area has grown without municipal support resulting in a district, impenetrable to outsiders, with few surfaced roads, streetlights, signs or street names. For decades these people fought for a bus stop to link their community with the city .
Pinsky worked with the performance group Cabula and residents to chart out the area’s past, present and future. The resulting map has been mounted on a billboard within recently erected Bus Stop 73a. Those waiting for a bus can add new information; missing names, locations, graffiti and teenage declarations of love, thereby becoming the primary actors in a continually evolving exhibition, their additions being regularly reprinted into the plan. 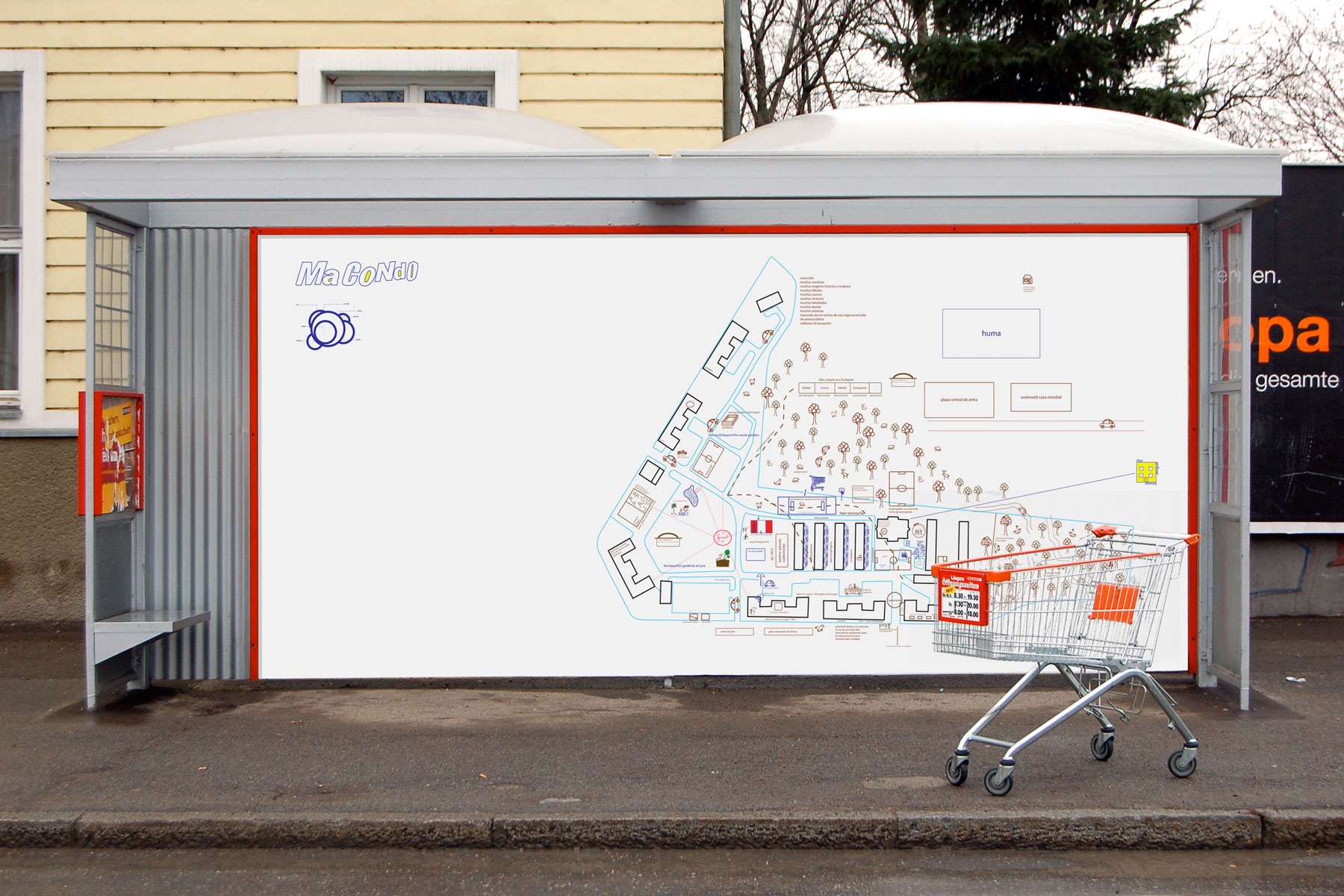 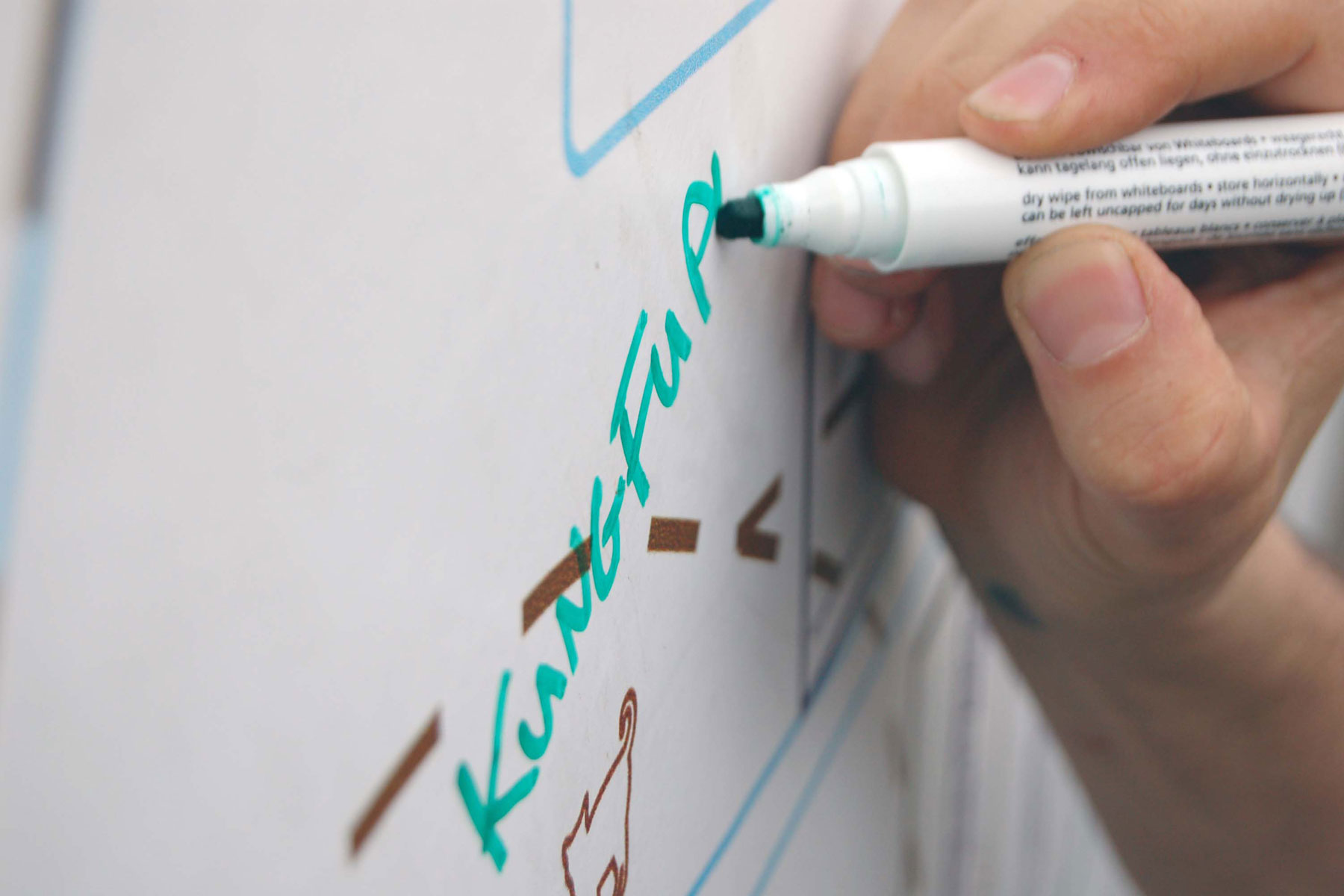 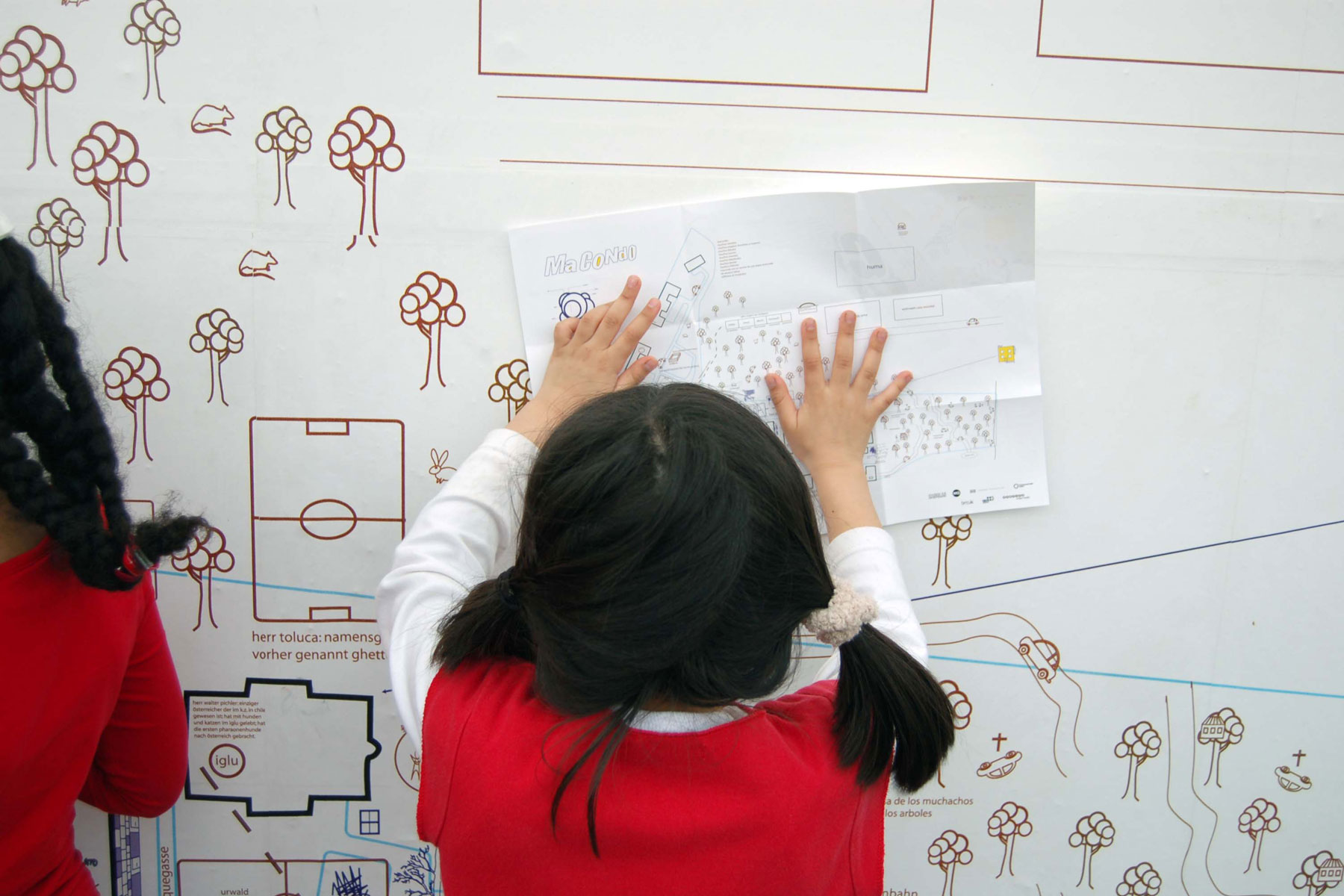 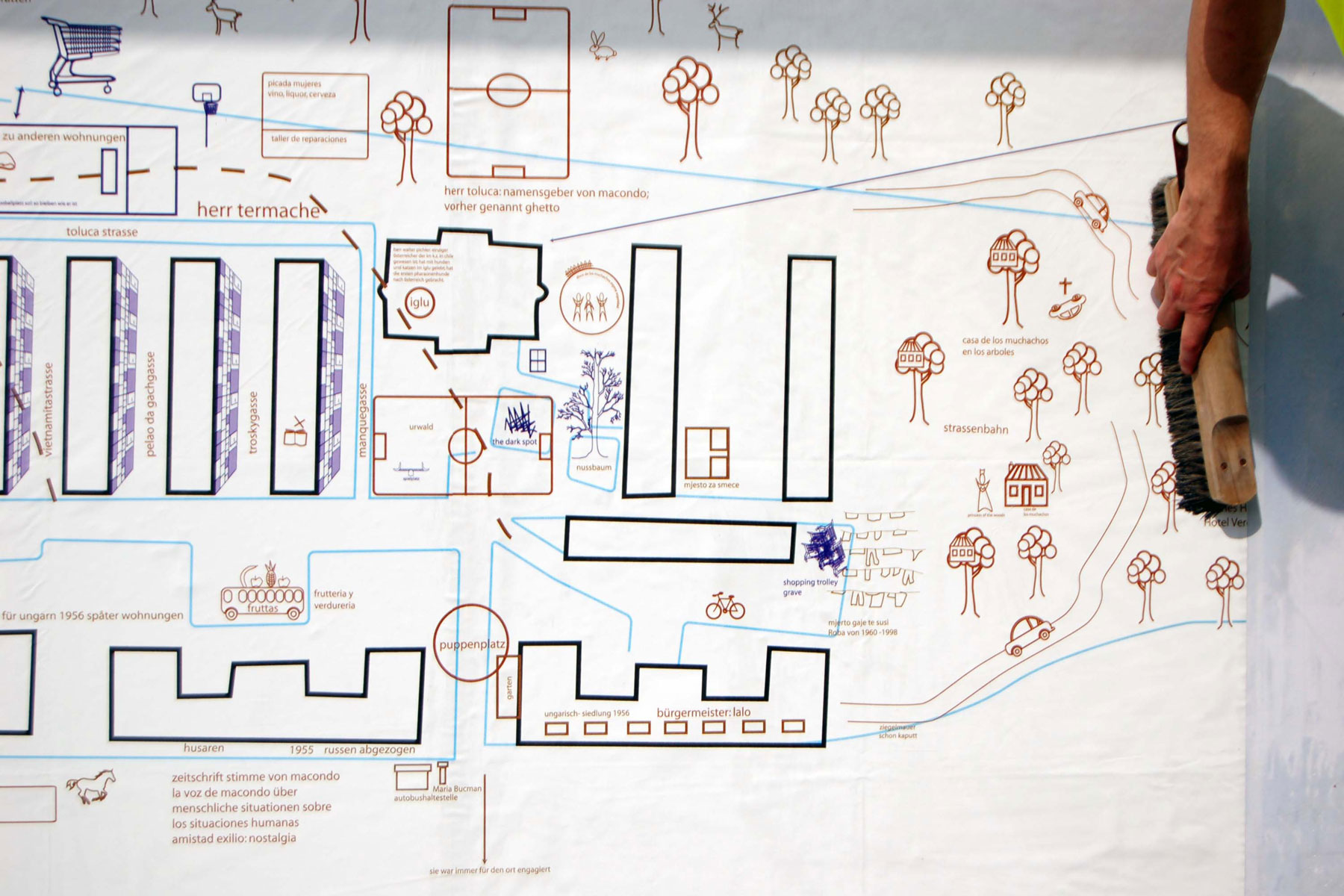 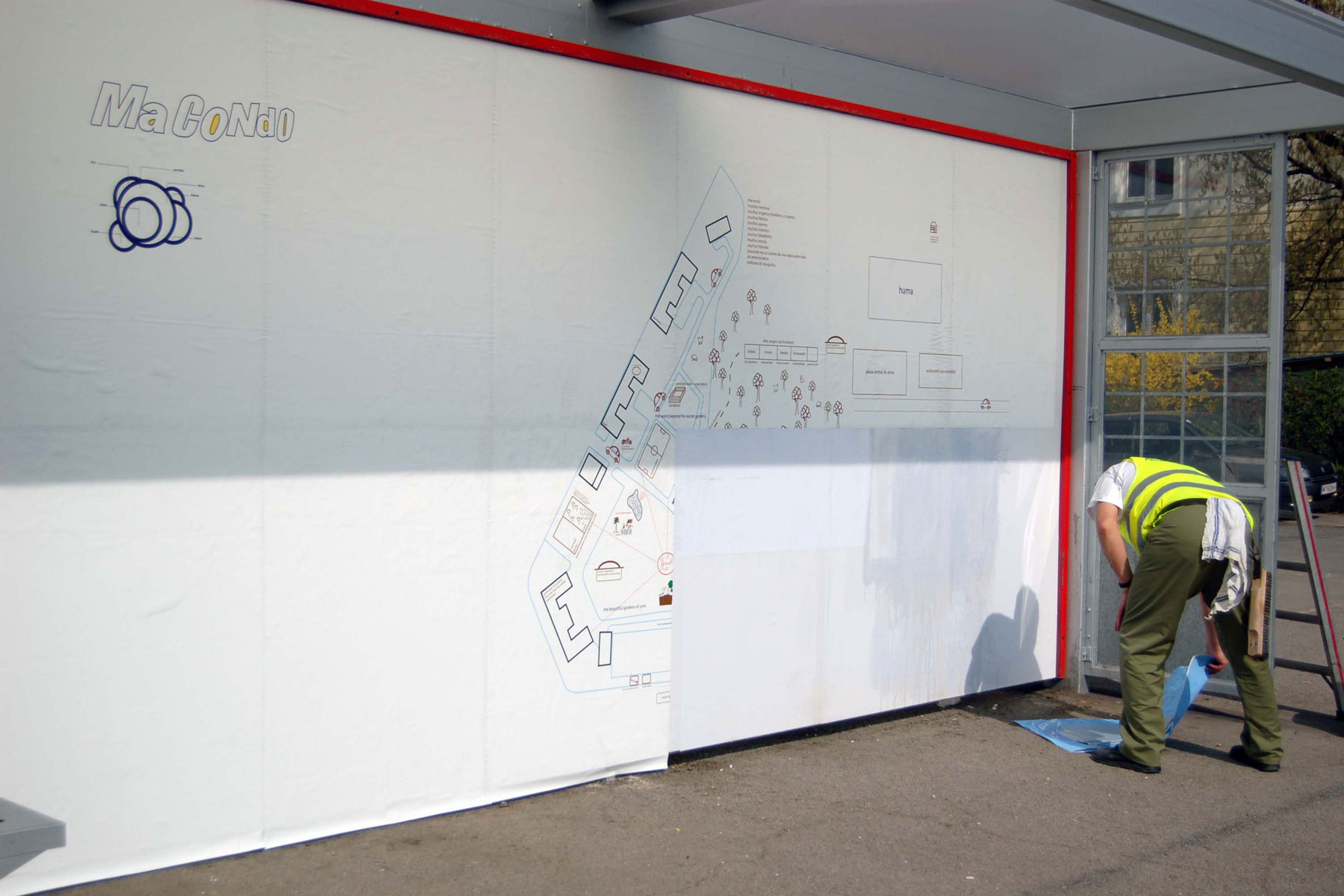 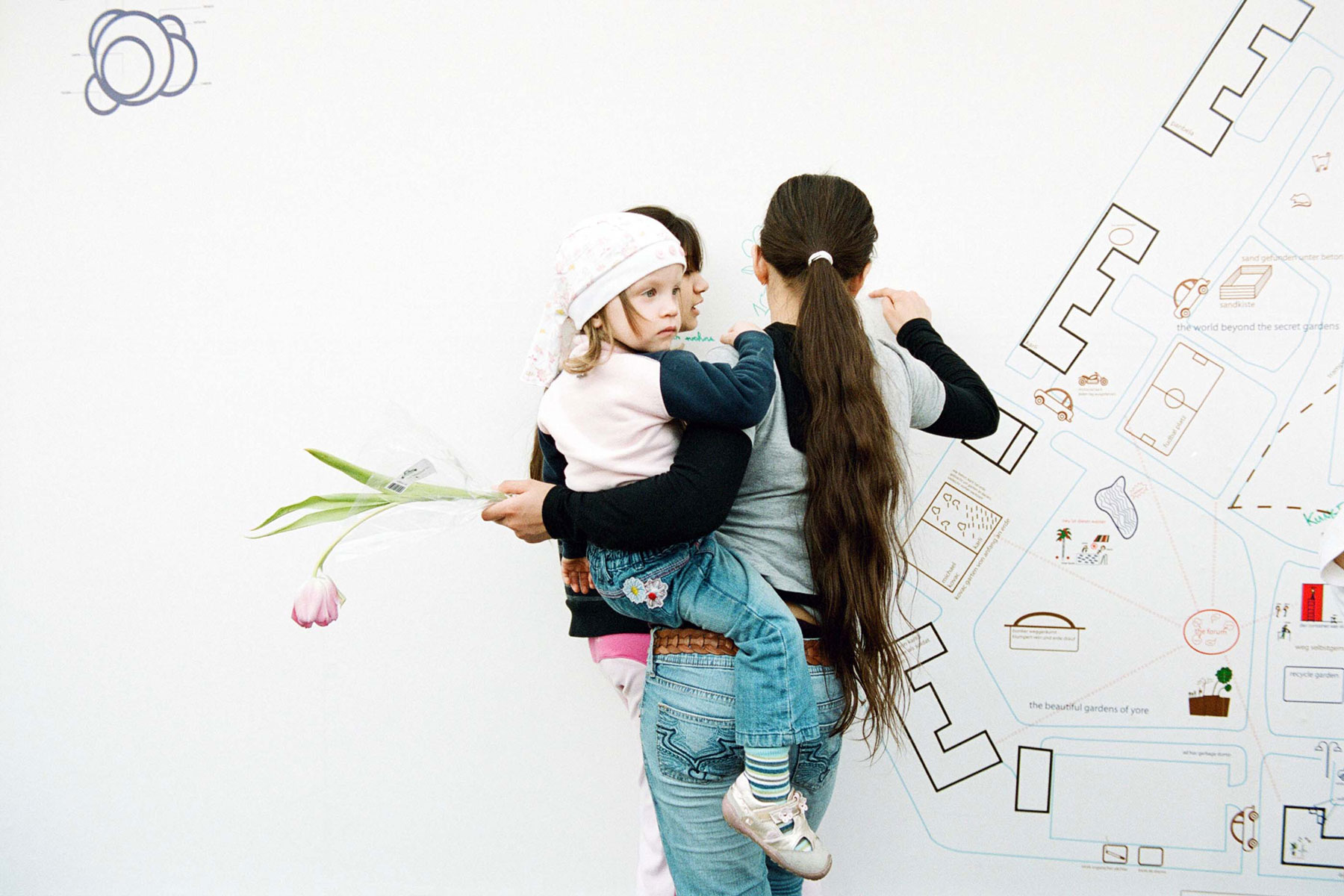 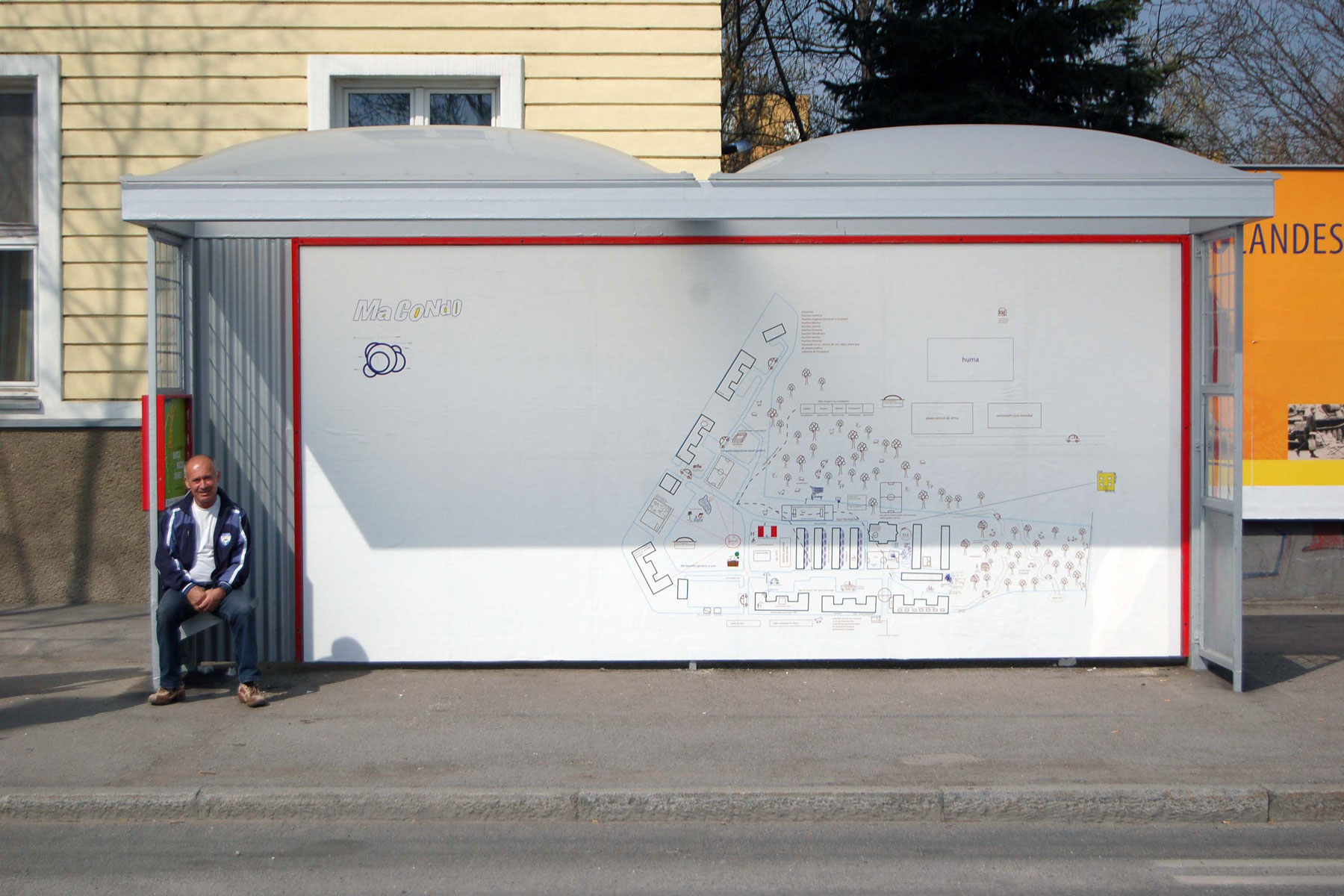